Skip to content Fulltone Standard Line '70 BC-108C | Fuzz - Peach Guitars
We are open for pre-booked appointments only. To learn more about our appointment system, click the button to the right
Opening Hours
ACCOUNT
ADVICE & ENQUIRIES:
01206 765 777
CLOSE
HAVE A QUESTION?
CLOSE
SHARE WITH A FRIEND 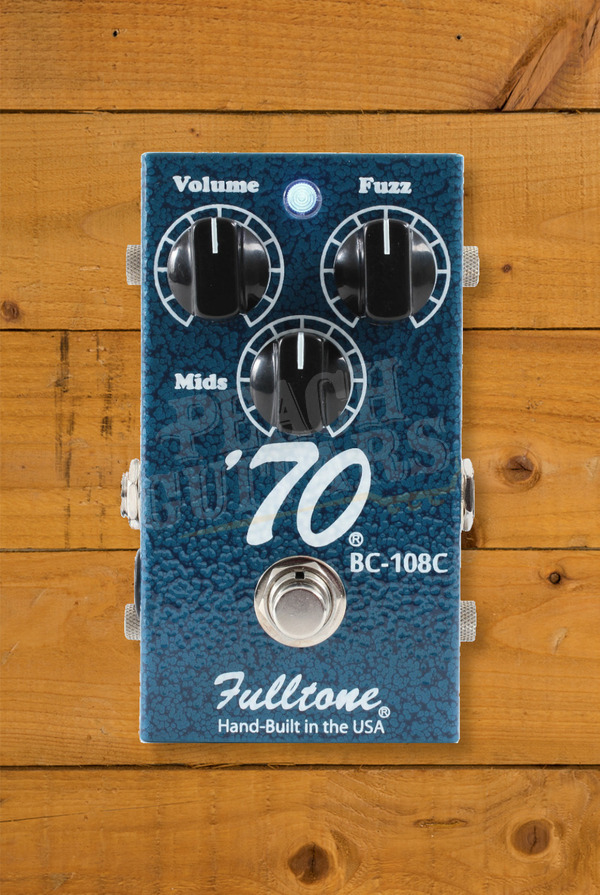 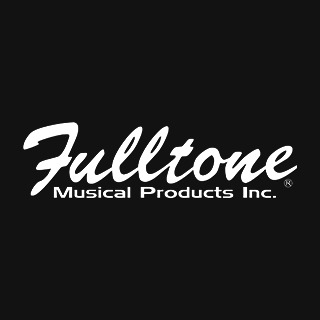 Vintage Fuzz Face pedals are a favourite of many artists from the '60s, '70s and beyond, used most notably by one James Marshall Jimi Hendrix to get a staggering array of clean and bombastic sounds, all depending on where the guitar's volume knob was set. There were basically two versions of the Fuzz Face: the earlier Arbiter (with Germanium NKT275 transistors) and the later Dallas Arbiter (with silicon BC183L and BC108-C transistors). The nastier, more distorted, BC108-C Fuzz Face came out around 1970, and it inspired both the circuit and the name of this Fulltone 70 pedal.

RECEIVE BY:
ORDER WITHIN:
11 H
52 M
24 S
View In Showroom
Request an appointment with one of our team
UK Next day delivery
Fast shipping with trusted couriers, get it next day!
Free UK delivery over £99
What you see is what you will get!
WAYS TO PAY:

In his twenties, Michael Fuller spent much of his time scouring the country finding old vintage effects that nobody seemed to want. Many of them were broken, some sounded like God and some sounded not-so-good. Not believing people would pay $1000 for an original Fuzzface when the sound consistency was so hit-or-miss, he started learning exactly what made the occasional one magical. This eventually led to the birth of Fulltone: vintage style tones with more flexibility, more reliability, better quality, true-bypass switching w/ LED status, a DC power outlet and a price that was as much as 1/10th that of the original.

At some point early along the way he added the Mid knob which allowed a silicon Fuzz Face-style pedal to cut through the mix, along with the internal Bias trimmer to allow the user to get softer or harder-edged tones. Having discovered a huge stash of his favourite Silicon transistors for this circuit, the BC-108C, the 70 is re-introduced in a smaller enclosure, with Fulltone's proprietary "anti-pop" quiet switching circuit, better power supply filtering for less noise,and polarity protection to keep you from frying the Transistors.

Let the '70 push you into some new musical direction with the magic of fuzz!