Skip to content MXR CSP037 | Custom Shop Raijin Drive - Peach Guitars
We are open for pre-booked appointments only. To learn more about our appointment system, click the button to the right
Opening Hours
ACCOUNT
ADVICE & ENQUIRIES:
01206 765 777
CLOSE
HAVE A QUESTION?
CLOSE
SHARE WITH A FRIEND 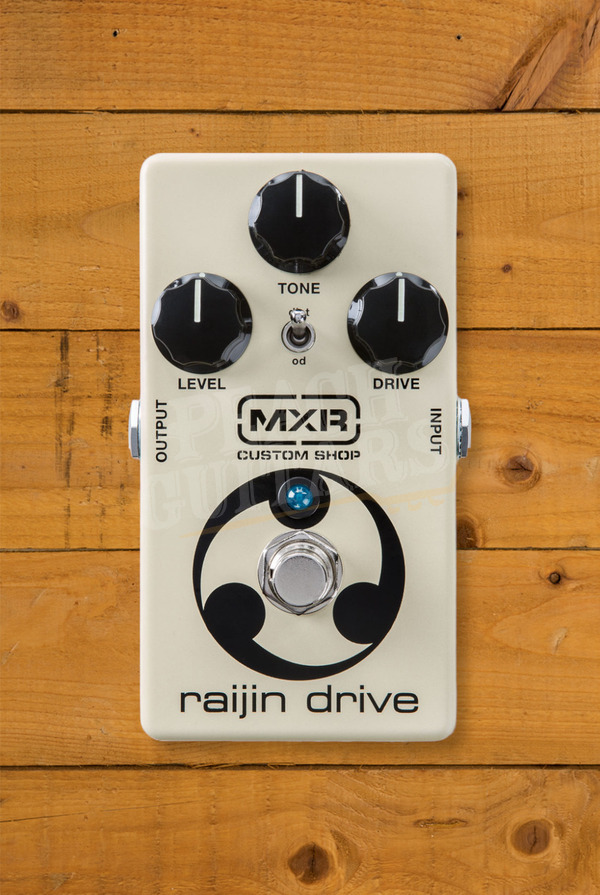 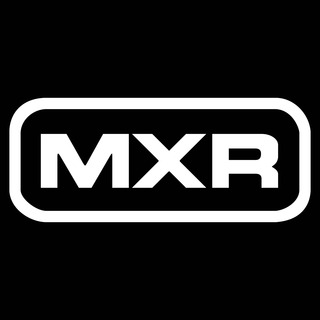 Designed in conjunction with Shin Suzuki, Japan's most celebrated amp and pedal designer, this pedal reinvents two iconic Japanese stompboxes - an overdrive and a distortion - with greater tonal range and usability so that those beloved sounds can keep up with the modern tone chase. The overdrive signal is smooth, fat, and wide open while the distortion signal packs an aggressive, harmonically rich punch with just enough gain to get good and heavy.

RECEIVE BY:
ORDER WITHIN:
9 H
52 M
38 S
View In Showroom
Request an appointment with one of our team
UK Next day delivery
Fast shipping with trusted couriers, get it next day!
Free UK delivery over £99
What you see is what you will get!
WAYS TO PAY:

Shin Suzuki is the most celebrated amp and pedal designer in Japan, renowned by tonechasers the world over for his ability to faithfully recreate some of the most elusive sounds in music history. As proprietor of Shin's Music in Tokyo, he has cultivated an unfailing ear for incredible tones. In 2016, Shin collaborated with the MXR Custom Shop to create the Shin-Juku Drive Pedal, a pedal widely praised for the way it captured the raw sonic complexity of a rare amplifier with a legendary reputation.Shin and the MXR Custom Shop have come together once again to create the Raijin Drive Pedal, a pedal that reinvents two iconic Japanese stompboxes - an overdrive (DS-1) and a distortion (TS-9) - with greater tonal range and usability so that those beloved sounds can keep up with the modern tone chase.Shin designed both channels from scratch, honing in on the best qualities of the aforementioned pedals with his refined ear and then recreating them with a more versatile and responsive tonal palette. The overdrive signal is smooth, fat, and wide open while the distortion signal packs an aggressive, harmonically rich punch with just enough gain to get good and heavy. Each signal complements the voice of your instrument, allowing your unique tonal character to be the star of the mix. Alternating between the two is as simple as the flick of a switch. Level, Tone, and Drive controls make it super easy to dial in a great sound and start playing.With classic Japanese overdrive and distortion sounds carefully tailored with enough sonic flexibility to please any connoisseur, the Raijin Drive is a must-have for your board. Getting them both in the same box makes this pedal a space-saving no-brainer.

"When designing each circuit, I used two very classic early '80s Japanese pedals, the DS-1 and TS-9, for inspiration, but I wanted to give them a wider, more dynamic range of sounds with more harmonics and higher headroom. Basically, I wanted to update them for modern guitar players.

I didn't want to limit myself by working from a schematic, though. I listened to what I liked about those pedals and then worked towards emphasising those qualities and expanding them across a greater tonal spectrum.

If you want an idea of what overdrive and distortion sounds I had when I was designing this pedal, listen to early Prince records. The distortion mode has just enough gain and midrange to be aggressive without being harsh. The full range of gain is usable, depending on the player's needs. The overdrive mode is fat, smooth, and bluesy. It was a challenge to put this much versatility into a single box, but I am very happy with the result."