Skip to content KMA Cirrus | Delay/Reverb - Peach Guitars
We are open for pre-booked appointments only. To learn more about our appointment system, click the button to the right
Opening Hours
ACCOUNT
ADVICE & ENQUIRIES:
01206 765 777
CLOSE
HAVE A QUESTION?
CLOSE
SHARE WITH A FRIEND 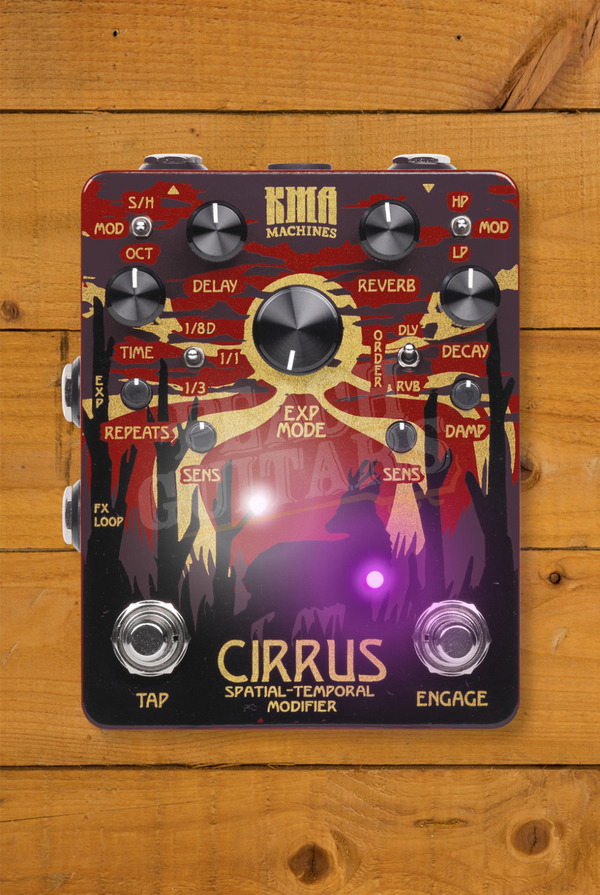 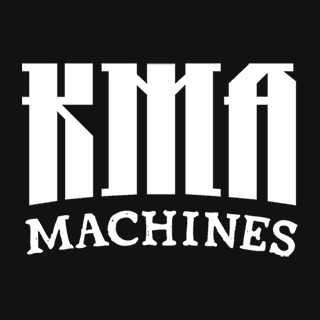 Always In Motion Until It Dissolves & Merges...

Floating above your head, delicate and elusive yet dreamy and sweeping. Always in motion until it dissolves and merges with the all immersive atmosphere around it. Just close your eyes and let the KMA Cirrus Delay and Reverb carry you across the open sky, onto its sonic cloudscapes.

Cirrus is KMA's first step into the fully digital realm. But they didn't just want to do a regular and run-of-the-mill type of product. No, what they came up with is a truly special and versatile, dynamically modulated combined Delay and Reverb pedal that will forever change your perception of time and space.

RECEIVE BY:
ORDER WITHIN:
7 H
27 M
28 S
View In Showroom
Request an appointment with one of our team
UK Next day delivery
Fast shipping with trusted couriers, get it next day!
Free UK delivery over £99
What you see is what you will get!
WAYS TO PAY:

Made up of a Delay side and a Reverb side, both sides of Cirrus sport the most important basic controls such as Time (up to 1.5 sec). Repeats for the Delay and Decay and Damp for the Reverb. Plus, each side has its own mix control as well. So far so good, but now it's time to jump down the sonic wormhole! This little Spatial-Temporal Modifier gives you three different Delay AND Reverb modes, which all sport a special dynamic feature that is controlled by your picking attack. This enables you to create sounds that are certifiably out of this world! To set the sensitivity of how the sound reacts, every section has its own sensitivity control.

Modulated Delay Mode (MOD) fluctuates the Delay signal for a dynamic dancing tape echo-inspired modulation that'll deliver everything from subtle sways, to crazy pitch-bends. The Sample & Hold Mode (S/H) adds a sequencer-like filter in front of the Delay line, perfect for synthy textures. Play softly for subtle filter action or hit it hard for more pronounced electro-vibes. The third Delay Mode (OCT) blends in a high octave as your notes decay for unique shimmery dimensions, shining through like tiny stars in the cloudy night sky.

Over to the Reverb section, Modulated Reverb Mode (MOD) will decorate your trails with silky smooth movement, whereas the two other Modes deliver either an opening Low-pass Filter (LP) or a closing High-pass Filter (HP). The harder you pick the more the Low-pass will open up and bring in those shimmering highs, as if you're opening and closing portals to far away galaxies simply through your playing. Contrary to that, the closing High-pass will cut your lower frequencies when picking harder which will create cool lo-fi textures. However, the ambient party doesn't stop here!

A big part of creating a signature sound comes from your pedal order and KMA know that a lot of you like to get creative there. Well, the Cirrus obliges! Set the Order Toggle to Reverb to run the Delay into the Reverb or ip it to Delay to switch it the other way - either direction will give you worlds of inspired soundscapes. You even get another Toggle Switch to set the Delay Tap subdivision, so you can get the right rhythms rolling fast. Toggles are awesome!

Now, on to the footswitches - Tap-Tempo on the left (neat!) and the much-needed Bypass Switch on the right (classic!). But wait, KMA actually made these stompers cool - the humble Bypass and Tap-Tempo Switches are suddenly full of additional creative secrets!

Besides the standard latching mode, the Bypass Switch offers some cool, yet creative and simple to use options. When the pedal is off, you can engage the pedal momentarily by holding the Switch down for sudden bursts of ambience. When the pedal is on though, holding down the Switch maxes out the Decay, jumping you straight into infinite reverb wonderland. You can also hold down the Tap-Tempo Switch to max out the repeats for infinite echoes. Plus, you can even hold down BOTH at the same time to enter an endless cascading dream state!

KMA also equipped Cirrus with an Expression Pedal input (standard TRS connection) and a Selector Switch, giving you complete hands-free control over whatever key parameter of Cirrus you want. In addition, an internal switch can turn the Reverb and Delay trails on or off to taste, plus the individual Reverb and Delay mix controls help to tailor your sound exactly as you see ft.

As the final piece of the tonal puzzle, KMA added a Serial FX-Loop, letting you put any pedal in front of the Delay/Reverb line, to further flavour your own signature sound.

Phew, that was a lot of awesomeness in one box - now the rest is up to you. Engage Cirrus and ride the atmospheric high clouds. But be aware - there's a big chance you'll get lost in its stunning beauty for hours when up there!