Skip to content Soldano SLO-100 Classic Super Lead O/D - Peach Guitars
We are open for pre-booked appointments only. To learn more about our appointment system, click the "OPENING HOURS UPDATE" banner below.
ACCOUNT
ADVICE & ENQUIRIES:
01206 765 777
CLOSE
HAVE A QUESTION?
CLOSE
SHARE WITH A FRIEND 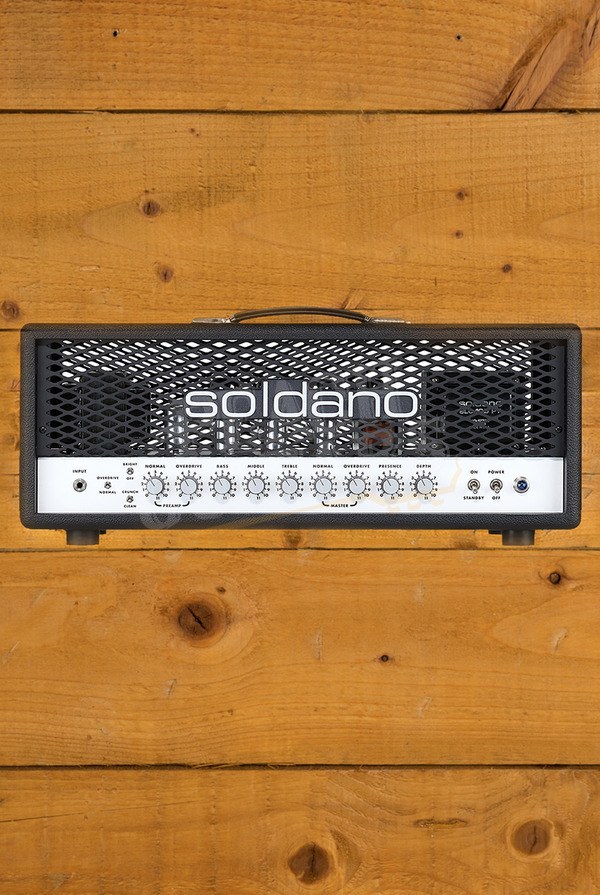 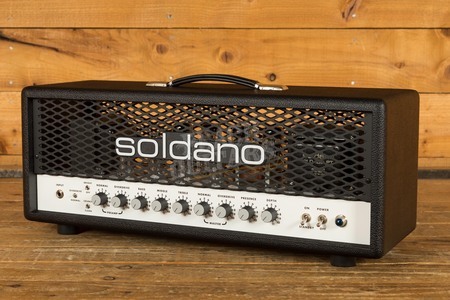 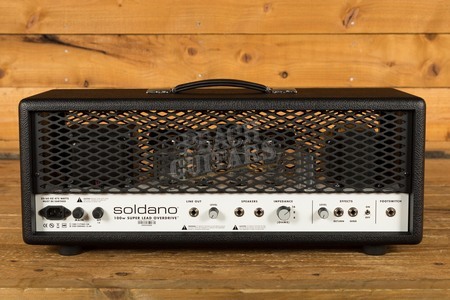 The new Soldano Super Lead Overdrive 100 delivers upon the "SLOs" legendary reputation in both appearance and performance but with the addition of some wildly popular, player-requested features.

RECEIVE BY:
ORDER WITHIN:
13 H
23 M
9 S
View In Showroom
Request an appointment with one of our team
UK Next day delivery
Fast shipping with trusted couriers, get it next day!
Free UK delivery over £99
What you see is what you will get!
WAYS TO PAY:

Soldanos Super Lead Overdrive 100 set the standard for modern high-gain amplification. Back in 1987, Seattle-native Mike Soldano built one of the first high-gain amp heads, with searing harmonics and the perfect balance of gain, sustain and tight touch response, the SLO completely changed what players came to expect from amps. Favoured by artists as varied as Mick Mars, Eric Clapton and Mark Knopfler, the SLO-100 was the blueprint for Eddie Van Halens famous 5150 amp.

The new Soldano Super Lead Overdrive 100 delivers upon the "SLOs" legendary reputation in both appearance and performance but with the addition of some wildly popular, player-requested features.

Loaded with five 12AX7 preamp tubes and four 6L6 power tubes, the SLO-100 offers a thick, tight overdrive and crystal clear clean tones with a real harmonic richness. Using the Normal Channels Bright and Crunch switches takes this amp to another level of sonic mastery. The newly designed ultra-transparent tube-buffered effects loop handles anything from vintage pedals to high-powered rack units.  For tube purists who prefer straightforward amp tone, a hardwire bypass switch is included allowing you to completely remove the effects loop from the circuitry.

Other improvements include the addition of front panel channel switching for ease of use and ever popular "mod" of a depth control on the power section. Combine the depth control with the presence control and you have a powerful EQ section that goes well beyond a traditional tone stack.

Hand crafted in the USA, the legend has returned!