CLOSE
PERSONALISE YOUR ITEM for an additional
CLOSE
BULK ORDER QUOTE
Stock Email
Request A One-On-One Appointment
Let us know what you would like to see, and our team will prepare everything for your one-on-one appointment at our showroom.
Home
Peach Guitars
COMPARE
SHARE 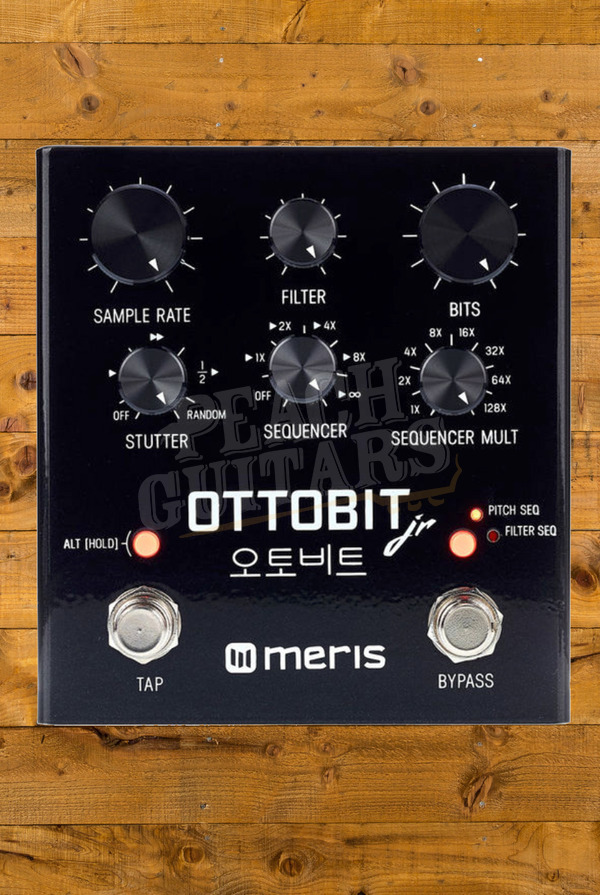 The Ottobit Jr is more than a bit crusher and to call it that would be an insult.

WAS: £299.00
RECEIVE BY:
ORDER WITHIN:
0 H
46 M
37 S
View In Showroom
Request an appointment with one of our team
UK Next day delivery
Fast shipping with trusted couriers, get it next day!
Free UK delivery over £99
What you see is what you will get!
WAYS TO PAY:

The Ottobit Jr is more than a bit crusher and to call it that would be an insult. The triggered stutter and pitch/filter/crush sequencers take you to side scrolling, coin collecting maze worlds. This pedal is one for all the LO-FI guitarist out there. Perfect for studio sessions crafting interesting textures to fill space and great in a live enviroment to get the crowd going

Stutter: Changes the play speed and length of the stutter. Alt Function: Step 4 Fourth step of the sequencer

Sequencer Multiply: Sets the sequencer speed as a multiple of the tap tempo. Alt Function: Step 6 Sixth step of the sequencer.

Tap Tempo: Sets the speed and the timing of the Sequencer and the Stutter. Hold to freeze the Stutter Buffer.

Bypass: Processes signal when LED is ON, passes dry signal entirely in analog (buffered or relay) when OFF.