Skip to content Maxon OD808 | Overdrive - Peach Guitars
We are open for pre-booked appointments only. To learn more about our appointment system, click the button to the right
Opening Hours
ACCOUNT
ADVICE & ENQUIRIES:
01206 765 777
CLOSE
HAVE A QUESTION?
CLOSE
SHARE WITH A FRIEND 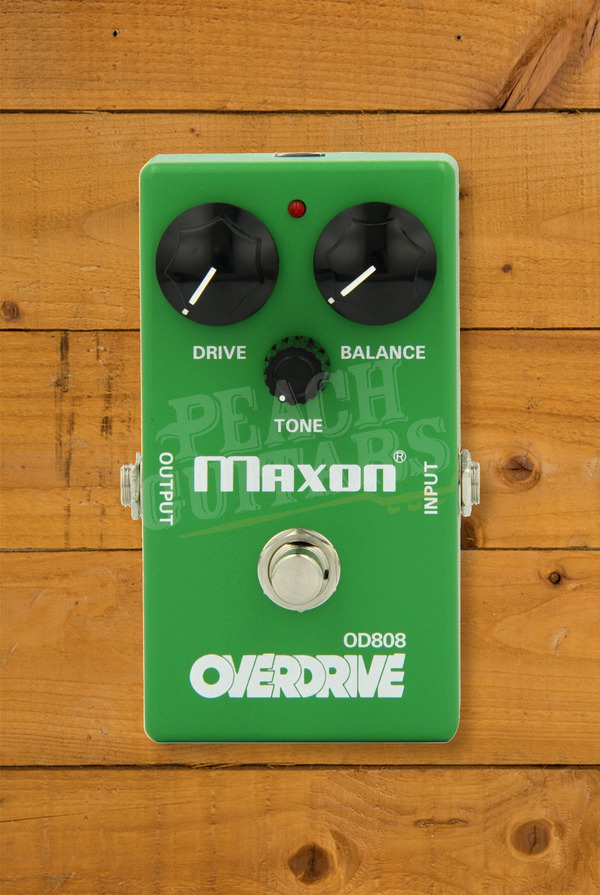 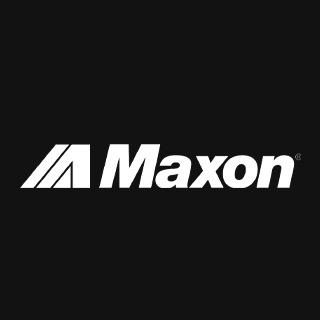 Can a pedal be considered a clone if it's made by the company that made the original?!?  Maxon designed the original OD808 overdrive circuit in the late 1970s - they then rebranded this pedal for Ibanez as the TS808 Tubescreamer, and the rest is history...

RECEIVE BY:
ORDER WITHIN:
7 H
14 M
55 S
View In Showroom
Request an appointment with one of our team
UK Next day delivery
Fast shipping with trusted couriers, get it next day!
Free UK delivery over £99
What you see is what you will get!
WAYS TO PAY:

The OD808 Reissue offers up all the warm, creamy, organic overdrive as the original and then some.  Never one to rest on their laurels, Maxon has tweaked the current version ever so slightly to reduce noise level while retaining the legendary 808 tone.

The OD808 is the perfect pedal for adding smooth, tube-like overdrive to any clean amp - use it as a secondary dirt channel to beef up a chorus section, or keep it on all the time for the crunchy tone that has defined rock and roll.

The OD808 is also ideal for pushing an already overdriven amp over the edge, SRV style.   Stack two of them together like Stevie did and the house is a rockin'! You've never heard - or felt - bluesy goodness like this before...

In recent years the OD808 has been adopted as the overdrive of choice by a generation of guitarists in a most unlikely musical genre - metal.

Turns out that the OD808's mild compression and slight low-end cut are perfect for tightening up high-gain amps; allowing fast note runs to stand out with clarity while making rhythms tight and punchy.  Just listen to any recording by Grammy-award winning Producer/Killswitch Engage founder Adam Dutkiewicz to hear how the OD808 has become the voice of a whole new generation of metal guitarists.

The Maxon OD808 - After 40 years it's still being used to reinvent guitar tone as we know it.  Reinvent your tone - play the Maxon OD808.

Besides the fact that the Maxon OD808 Reissue sounds richer, warmer, and BETTER than the Ibanez TS808 Reissue, there are also these facts to consider:

Maxon developed the OD808 circuit more than 40 years ago, and since then it's become the most used, most imitated and most lauded overdrive circuit of all time.  While the 808-style overdrive circuit is commonplace nowadays, in 1979 it was a unique design and an industry first.

The secret behind the legendary 808 tone lies in the amplifier section of the circuit.  Rather than having separate amplifier and clipping stages, the OD808 features a signal-distorting diode (Panasonic #MA150) located in the negative feedback loop of the amplifier stage.

The OD808 distorts signal in the amplifier circuit itself which yields a smoother, milder, more natural sounding distortion than a separate clipping stage.  This is also the reason that the IC type used in the circuit has such a large impact on the unit's tone.  The Reissue uses the correct JRC4558 Op Amp that made the 808 the tone of legend.

It should be noted that the Reissue Series OD808 uses different output resistors than the original version.  Vintage TS808s are susceptible to microphonic noise due to static electricity buildup on the chassis.  To improve performance, the positions of the output resistors on the reissue OD808 were reversed and their values increased in order to reduce noise levels.  This circuit change has no audible affect on the sound of the unit, save for reducing the noise levels.