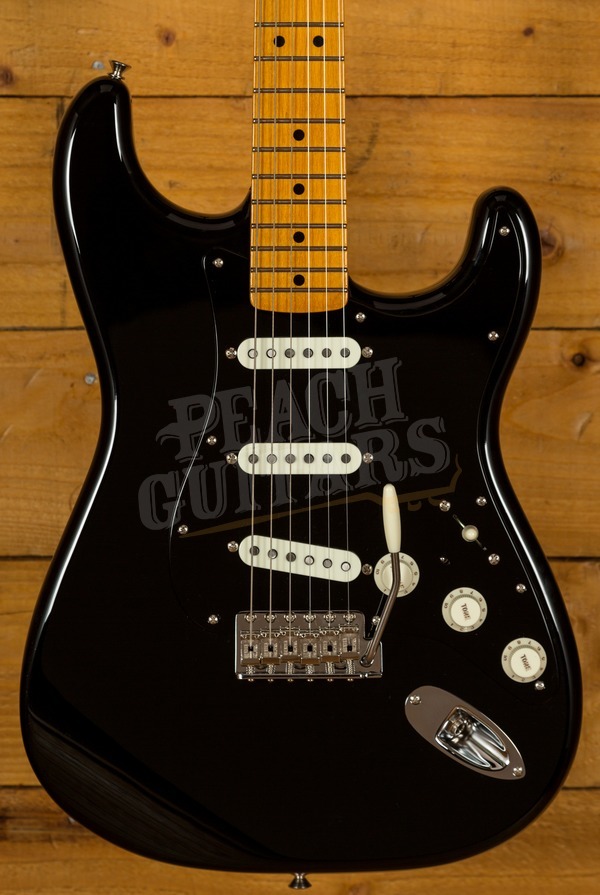 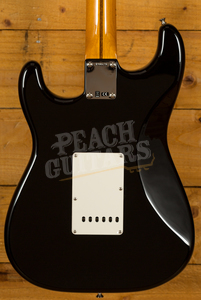 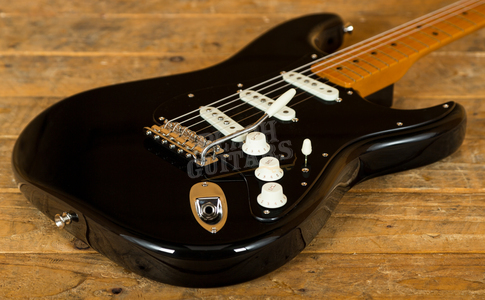 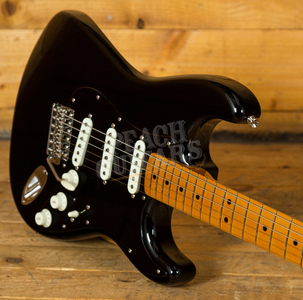 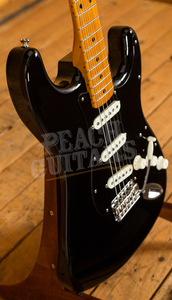 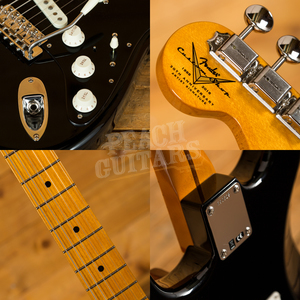 For many years, guitarists have clamoured for and indulged in much wishful thinking about one guitar in particular-a David Gilmour signature model Stratocaster based on Gilmour's famous "Black Strat".

The instrument is based on Gilmour's beloved Black Strat and was created by Fender Custom Shop craftsmen to mirror the look, sound and feel of the original instrument.

Gilmour's original black Stratocaster has become the stuff of legend among guitarists and discerning Pink Floyd fans. Gilmour bought the stock original at Manny's Music in New York in May 1970, in time to use it on Pink Floyd's fifth album, Atom Heart Mother. It quickly became his main guitar onstage and in the studio, and, famously, he and longtime guitar tech Phil Taylor were constantly modifying it and experimenting with its neck, hardware and electronics.

The Fender Custom Shop worked closely with Gilmour and Taylor in recreating the Black Strat as the new David Gilmour Signature Series Stratocaster guitar. With an Alder body with nitro NOS finish, this guitar really captures that Black Strat vibe. The Maple neck boasts a 7.25" radius, 25.5" scale length and 21 vintage style frets, Gilmour is the king of the long bend and this guitar really lends itself to his style of playing.  Based on his 1983 Thin Shouldered C profile neck its slick and smooth perfect for complex lead lines and big chords.

A Seymour Duncan SSL-5 sits at the bridge while a Custom shop Fat 50s at the neck and a custom wound single coil in the middle complete this tonal behemoth. The mini toggle switch activates the neck pickup in any position and allows for even greater tonal versatility. No Gilmour Strat would be complete without the vintage style short hand tremolo arm and its certainly a cool feature of this guitar.

Shipped in a hardcase with an array of accessories, this is the ultimate guitar for Gilmour and Pink Floyd fans.