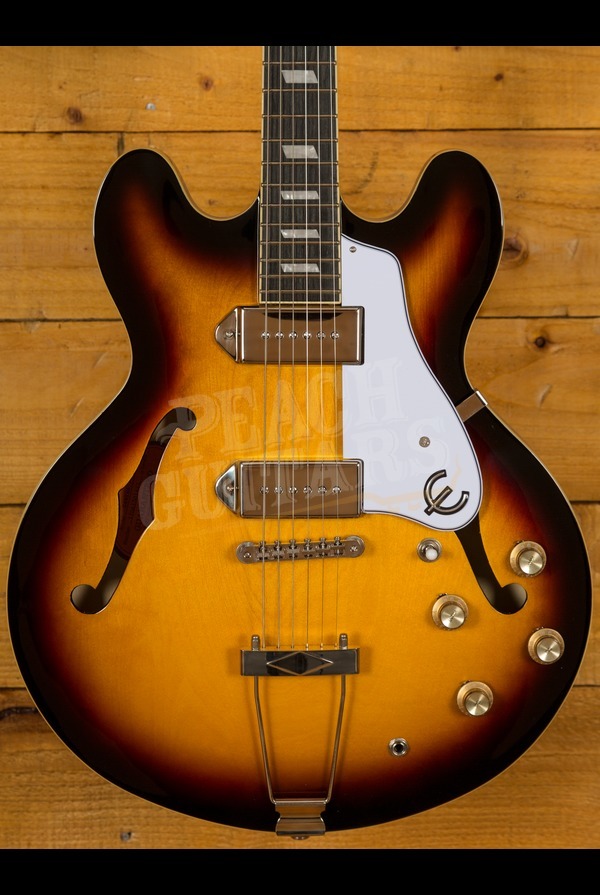 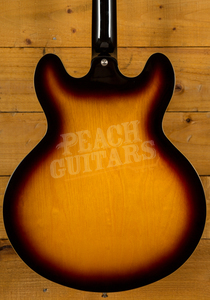 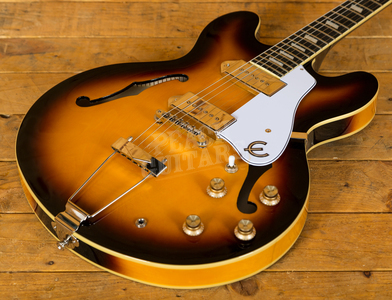 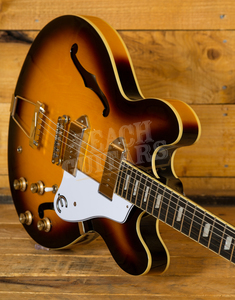 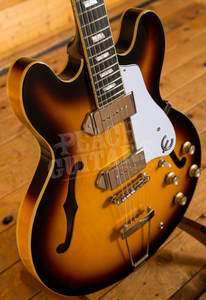 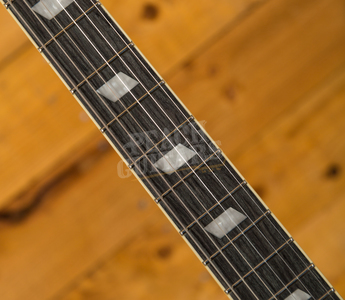 WAS: £449.00
RECEIVE BY:
ORDER WITHIN:
18 H
55 M
36 S
View In Showroom
Request an appointment with one of our team
UK Next day delivery
Fast shipping with trusted couriers, get it next day!
Free UK delivery over £99
What you see is what you will get!
WAYS TO PAY:

Epiphone has made a name for itself by producing some of the greatest and most innovative musical instruments for over 120 years. While models such as Masterbilts, Broadways, Wilshires, Coronets, Emperors and Texans are some of Epiphone's most memorable models, the Casino is arguably our most famous due to its close association with The Beatles.

The Epiphone Casino still has the same classic look, sound, and features that have made it the go-to guitar for two generations of artists including Paul McCartney, Paul Weller, Noel Gallagher, Keith Richards and Gary Clark, Jr.

For the Epiphone Company of 1961, the Casino was a small breakthrough. After the merger with Gibson in 1957, Epiphone moved away from making large archtops. A new era of music had arrived. The introduction of the Casino was a modern design that announced that Epiphone's unique history would continue separate from Gibson's. Though from a distance the Casino had the look of an ES-335, the Casino was a true hollowbody giving players a clear, ringing tone that could be pushed into overdrive when needed. It was an ideal guitar for stage and studio and can be heard on many landmark recordings including The Beatles' Sgt. Peppers Lonely Hearts Club Band and The Beach Boys' Pet Sounds.

Maybe it's purely coincidental that at the same time that the Casino was in its planning stages at Epiphone headquarters in Kalamazoo, Michigan, the Beatles were starting their historic run at the Hamburg Star Club. By 1964, the Beatles were stars and when Paul McCartney went shopping for a new guitar that could feed back, he reached for a Casino. John Lennon and George Harrison soon bought their own and used their Casinos on stage and at Abbey Road throughout the band's career. Carl Wilson of the Beach Boys, Paul Weller of the Jam, and Noel Gallagher of Oasis are just a few of the players who have made great records with Casinos.

As with every Epiphone, the Casino also comes with the peace of mind you get from a Limited Lifetime Warranty backed by Gibson Musical Instruments' famous 24/7/365 day Customer Service. Make your own history today with the historic Epiphone Casino.