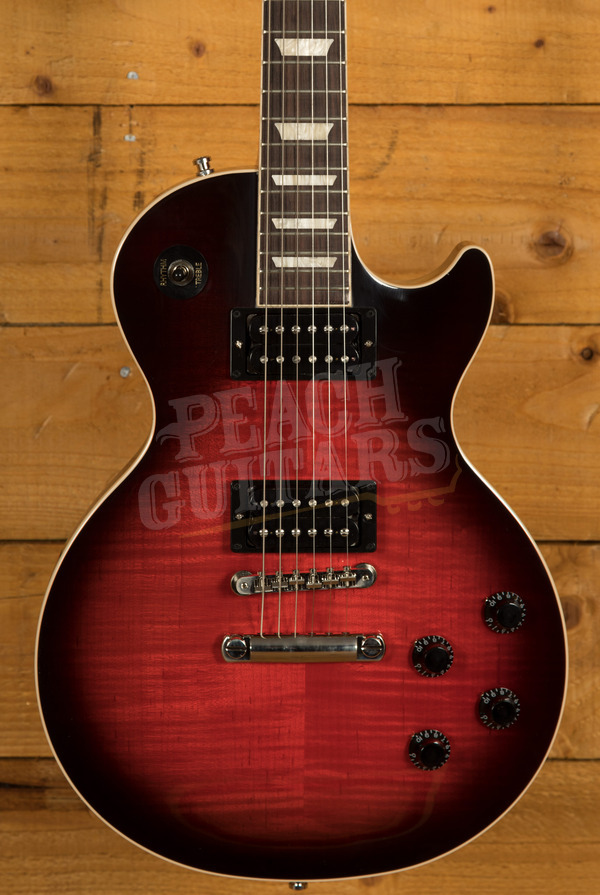 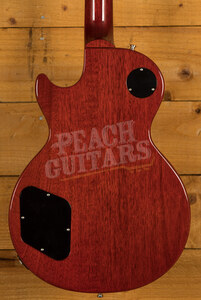 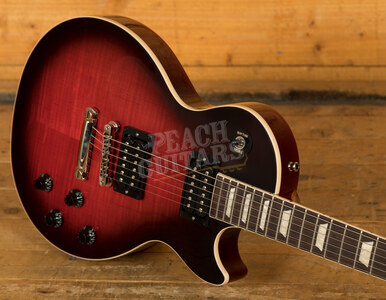 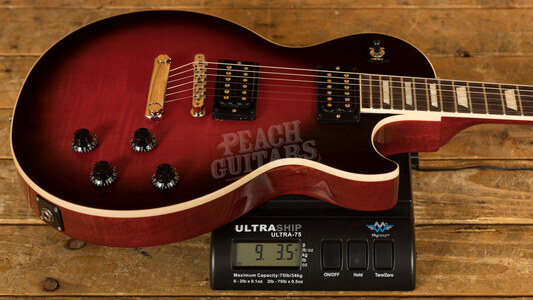 Fresh off the back of a number of Gibson Custom signature lines, Gibson USA have jumped in on the action and released the brand new Slash Les Paul Standard.

On the list of iconic Gibson Les Paul players, there are not many that will rank higher than Slash. With his leather trousers, top hat and a low slung Les Paul, Slash inspired a whole generation of guitar players. Fresh off the back of a number of Gibson Custom signature lines, Gibson USA have jumped in on the action and released the brand new Slash Les Paul Standard. Representing the iconic guitars that Slash continues to take to the stage with him night after night, these guitars are peak Gibson USA.

With a Solid Mahogany body it rocks a AAA Flame Maple top for that all time ultimate tonewood combination. Available in 4 prominent Slash finishes, November Burst, Appetite Burst, Vermillion Burst and Anaconda Burst these finishes are bold, vivid and the perfect look for a player as standout as Slash.

The solid Mahogany neck has the 50's vintage profile, a 12" radius and 22 frets, it offers a great platform for sweeping solos and roaring riffs. With a Rosewood fingerboard you'll be ripping your way up and down this neck in style.

Loaded with Custom Burstbucker Alnico II humbuckers you get that vintage Slash tone, from early Guns 'N Roses through to his latest work with Myles Kennedy and the Conspirators, these tone machines capture that true Slash vibe. Dynamic and super responsive they pair perfectly with this Les Paul.

With Orange Drop capacitors, signature truss rod cover, signature Slash Ernie Ball strings and 4 Slash Tortex picks in the vintage style brown hardcase, this guitar offers the definitive take on the Slash sound, so grab your top hat, flick that Marshall on and get ready to rock.