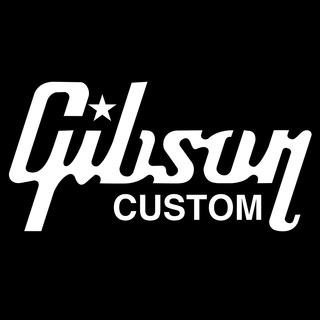 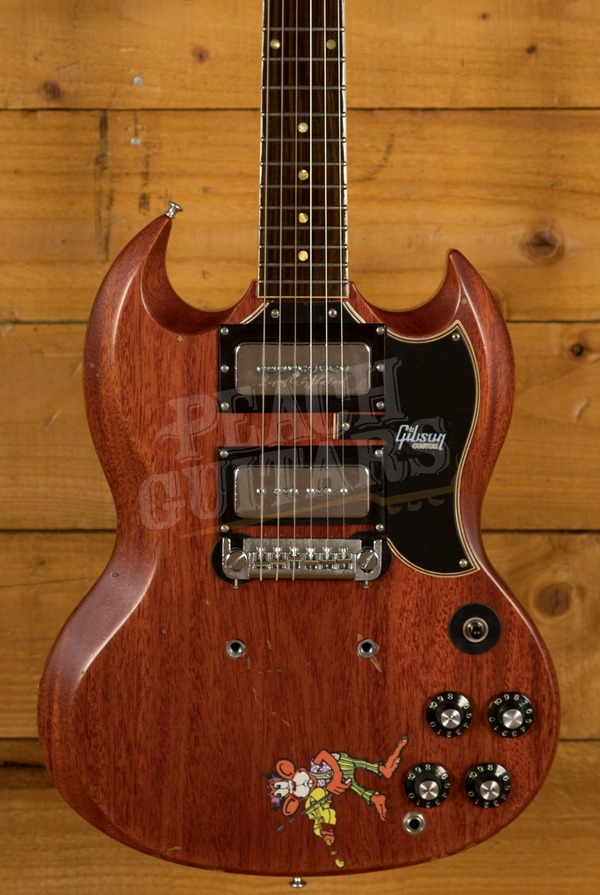 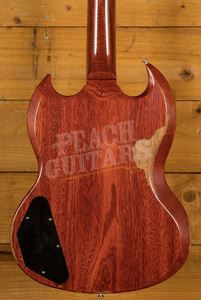 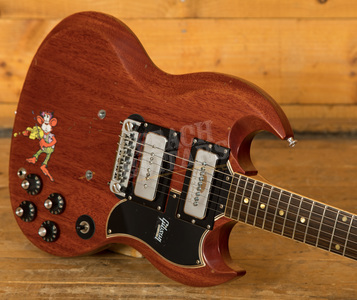 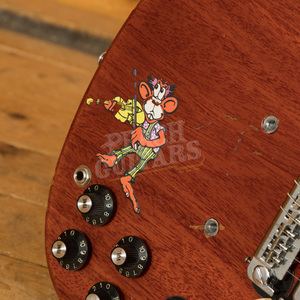 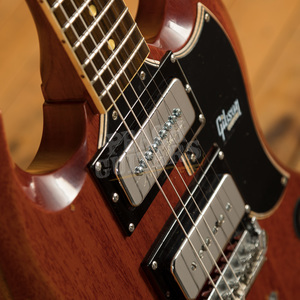 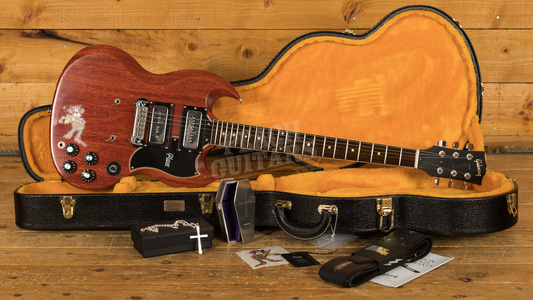 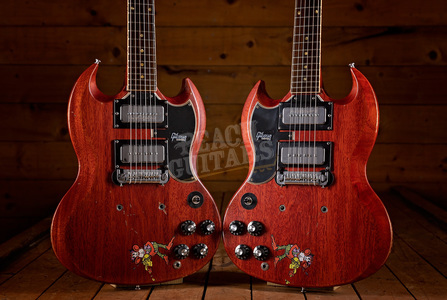 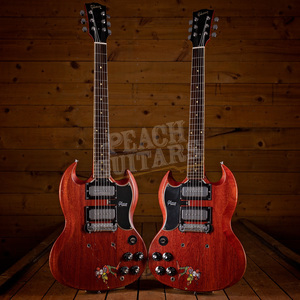 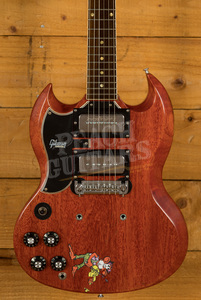 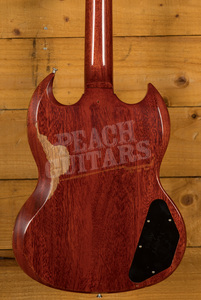 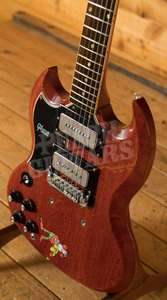 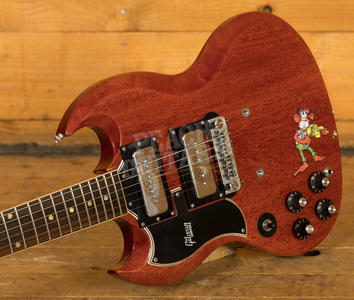 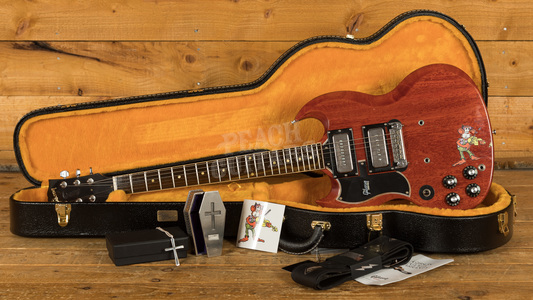 Over his long career, Iommi has been a loyal player of the Gibson SG, and now for 2020, Gibson have announced a Limited Edition Custom Artist Series run of the iconic 1964 "Monkey" SG that graced many of the early Sabbath records

RECEIVE BY:
ORDER WITHIN:
2 H
36 M
5 S
View In Showroom
Request an appointment with one of our team
UK Next day delivery
Fast shipping with trusted couriers, get it next day!
Free UK delivery over £99
What you see is what you will get!
Photos of actual item
The item photographed, is the exact item you will receive!
WAYS TO PAY:

For almost 50 years Tony Iommi was the heart and soul of Black Sabbath, his dark, minor key riffing, high gain distorted tone and use of alternate tunings put him at the very forefront of guitar. Over his long career, Iommi has been a loyal player of the Gibson SG, and now for 2020, Gibson have announced a Limited Edition Custom Artist Series run of the iconic 1964 "Monkey" SG that graced many of the early Sabbath records.

Nicknamed "Monkey", and featuring the famous primate sticker just below the bridge, this guitar is the Holy Grail of Black Sabbath guitars. Heavily modded, reverse engineered and painstakingly replicated, this is the blue print to Iommi's tone.

Featuring the traditional Mahogany body and set neck, the "Monkey" rocks a polyurethane coated fingerboard, it's slick and speedy and was lacquered as such to help Iommi's wax coated fingertip prosthetics glide over the surface. The ageing is super authentic and details right down to the tailpiece bushings, routing holes and zero fret have been flawlessly and genuinely recreated.

The real highlight though comes in the form of the phenomenal hand wound pickups. Tony famously worked closely with British Luthier John Birch, it was John who recovered the Gibson P-90 at the bridge and installed one of his own "Superflex" pickups in the neck. These pickups have been meticulously hand crafted by an apprentice of the late John Birch and are as close to the real deal as you can get, and they nail that Iommi sound.

Limited to just 50 guitars, 25 left handed and 25 right handed, each instrument comes complete with a replica of Tony's famous silver cross necklace, a copy of his touring strap, COA and 1960's classic case. Each guitar is hand signed and numbered by Tony and will be a serious collectors piece!

These guitars are sold as a pair.