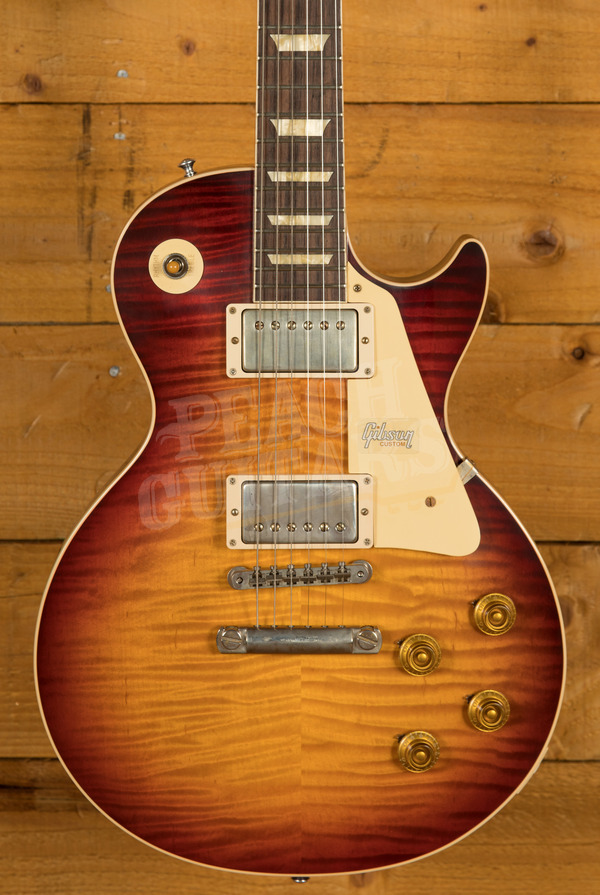 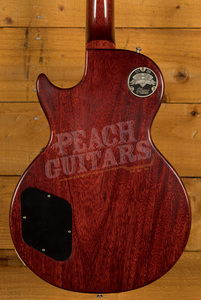 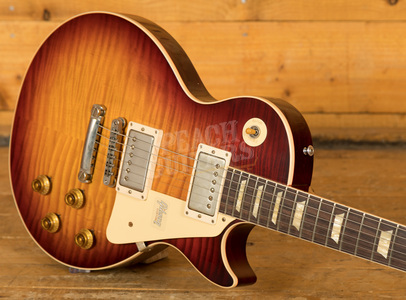 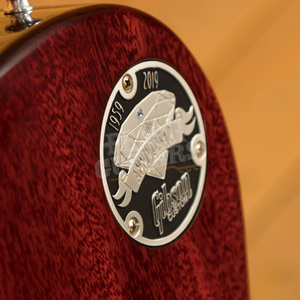 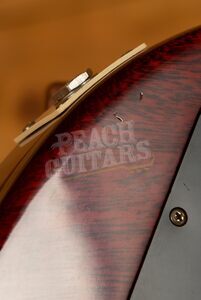 1959 is considered to be the golden year of Gibson Les Paul production, with less than 650 guitars manufactured, the fabled '59s found favour with the likes of Jimmy Page, Jeff Beck, Duane Allman and Eric Clapton.

WAS: £5,199.00
UK Next day delivery
Fast shipping with trusted couriers, get it next day!
Free UK delivery over £99
What you see is what you will get!
Photos of actual item
The item photographed, is the exact item you will receive!
WAYS TO PAY:

*B Stock* due to 2 very small marks as shown in the pictures. They're on the back, near to the input jack area. BARGAIN

1959 is considered to be the golden year of Gibson Les Paul production, with less than 650 guitars manufactured, the fabled '59s found favour with the likes of Jimmy Page, Jeff Beck, Duane Allman and Eric Clapton. 2019 marks the 60th Anniversary of these iconic guitars, and to celebrate, Gibson Custom have released a series of '59 Les Paul Standards.

With a Mahogany body, this Les Paul benefits from a figured Maple top for the ultimate tonewood partnership. Rich and super resonant it offers premium tone and timeless aesthetics, while the Factory Burst finish looks a million dollars and really allows the wood to breathe and the natural tone to sing through. With hide glue construction, this Les Paul offers true vintage tonality.

The solid Mahogany neck is topped with a crisp Indian Rosewood fingerboard with classic Gibson Trapezoid inlays, this guitar looks every bit the real deal. With a 24.75" scale length and medium jumbo frets, it retains that classic Les Paul feel. The no wire ABR-1 bridge and light weight tailpiece offer an authentic vintage vibe.

The defining feature of the Gibson Custom '59 Les Paul is the custom wound Gibson Custom Bucker pickups. According to Gibson these are some of the most historically accurate PAF clones on the market, with an ultra-rich harmonic quality; it's as close as you can get to the classic Les Paul tone.

Perfect for collectors and player alike, a testament to the timeless design crafted by Les Paul all those years ago.