Skip to content Fulltone Standard Line Clyde Deluxe | Wah - Peach Guitars
We are open for pre-booked appointments only. To learn more about our appointment system, click the button to the right
Opening Hours
ACCOUNT
ADVICE & ENQUIRIES:
01206 765 777
CLOSE
HAVE A QUESTION?
CLOSE
SHARE WITH A FRIEND

CLOSE
PERSONALISE YOUR ITEM for an additional
CLOSE
BULK ORDER QUOTE
Stock Email
Request A One-On-One Appointment
Let us know what you would like to see, and our team will prepare everything for your one-on-one appointment at our showroom.
Plek This Guitar
Please read the terms & conditions below before confirming that you wish for us to including a Plek setup on this guitar.
Choosing to have your purchased guitar Plekd will delay the shipping. One of the team will be in contact with a rough ETA but we will endeavour to have your new guitar with you as quickly as possible.
If you choose to return the guitar after its had a Plek setup you will still be liable for the cost of the plek setup except for in cases where weve offered it as part of a promotion or offer.
View full terms & conditions
I have read and accept the terms & Conditions
Home / Effects / Dynamics, EQ & Filtering
Peach Guitars
VIEW BRAND COMPARE
SHARE 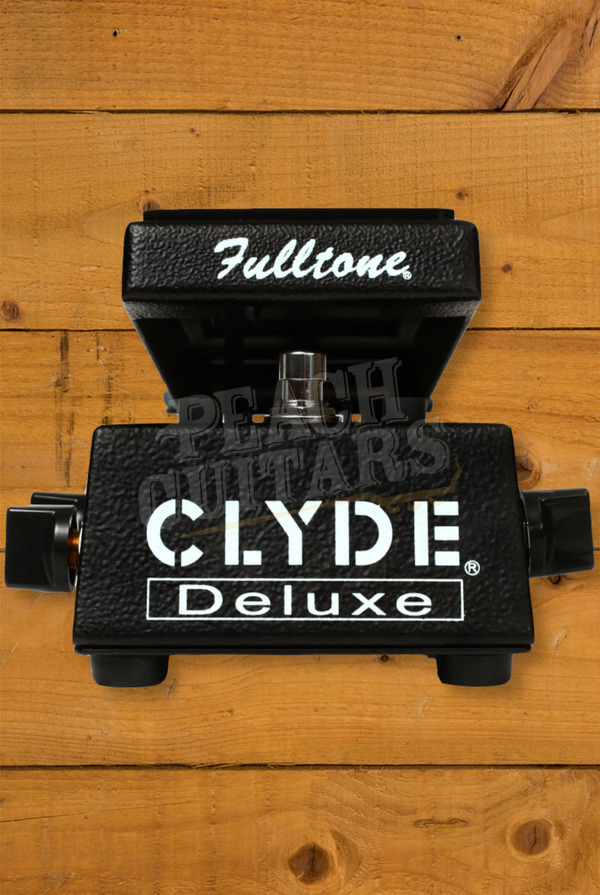 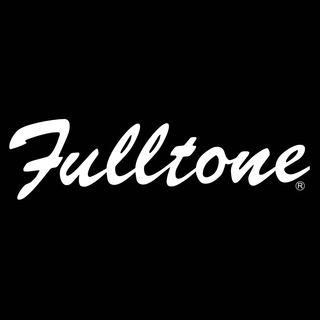 The Clyde is born from taking the best of the best of Michael Fuller's more than twenty-five vintage Vox wahs and analysing every aspect, going so far as sacrificing a few of the vintage inductors to get it right. The problem with the old inductors is that they're generic industrial-grade cheapos that vary as much as 30% in tolerance. Some of the Voxs measured in at @360mH when they are supposed to be 500. Michael Fuller likes them around 560mH and has deconstructed and blueprinted every aspect of vintage wah inductors, circuits and potentiometers. His inductors are custom made and have been for fifteen plus years.

RECEIVE BY:
ORDER WITHIN:
22 H
37 M
22 S
View In Showroom
Request an appointment with one of our team
UK Next day delivery
Fast shipping with trusted couriers, get it next day!
Free UK delivery over £99
What you see is what you will get!
WAYS TO PAY:

Fulltones inductor is a tuned-core hand-made unit, using exactly the same type of wire and inductance as the 60s era Vox, except very consistent from one unit to the next. A tuned-core inductor is much more expensive to make but the end result is worth it. The inductors also have a unique MuMetal cover that rejects all of the stray hum fields that work their way in to some other wah wahs, creating that horrible 60 cycle hum. The Clyde is VERY quiet because of this.

Fulltones Potentiometer: the most overlooked part of the circuit, is one of the keys to a good wah-wah sound and there hasn't been a proper tapered pot, since the '60's Icar in any major manufacturer's wah. This is one of the reasons the '70's, '80's, and '90's wahs are sometimes mediocre. Fulltoness has a triple-screened carbon-composition track giving a 500,000 turn lifespan instead of the standard industry 10,000.

The "Clyde" uses Fulltone's own custom-made 14 ga. welded steel pedal with nylon pivot points and much more travel than the conventional Vox-style ones that are often used. It has nylok nuts so you can adjust the tension of the treadle, and it stays that way until you change it. As with other Fulltone pedals, the "Clyde" has true bypass switching so that when it's "off" it's not colouring your sound or ruining the performance of other pedals in your signal chain. The unit has a tough steel bottom-plate with huge rubber feet and nickel-plated bolts. The Clyde also has a standard 2.1mm negative tip AC adapter port with anti-hum filtering and protection diode.

The three-way mode switch and variable input control pot will let you dial in almost any type of wah sound you can imagine. All the way from classic Voodoo Chile, to biting funk, to down and dirty low-end grunt. The CLYDE Deluxe can do it all!