Skip to content Beetronics Zzombee Filtremulator | Effect - Peach Guitars
We are open for pre-booked appointments only. To learn more about our appointment system, click the button to the right
Opening Hours
ACCOUNT
ADVICE & ENQUIRIES:
01206 765 777
CLOSE
HAVE A QUESTION?
CLOSE
SHARE WITH A FRIEND

CLOSE
PERSONALISE YOUR ITEM for an additional
CLOSE
BULK ORDER QUOTE
CLOSE
Stock Email
Request A One-On-One Appointment
Let us know what you would like to see, and our team will prepare everything for your one-on-one appointment at our showroom.
Plek This Guitar
Please read the terms & conditions below before confirming that you wish for us to including a Plek setup on this guitar.
Choosing to have your purchased guitar Plekd will delay the shipping. One of the team will be in contact with a rough ETA but we will endeavour to have your new guitar with you as quickly as possible. Current lead time is 2-3 weeks from the date of purchase.
If you choose to return the guitar after its had a Plek setup you will still be liable for the cost of the plek setup except for in cases where weve offered it as part of a promotion or offer.
View full terms & conditions
I have read and accept the terms & Conditions
Home / Effects / Profiling, IR, Multi-FX & Attenuation
Peach Guitars
VIEW BRAND COMPARE
SHARE 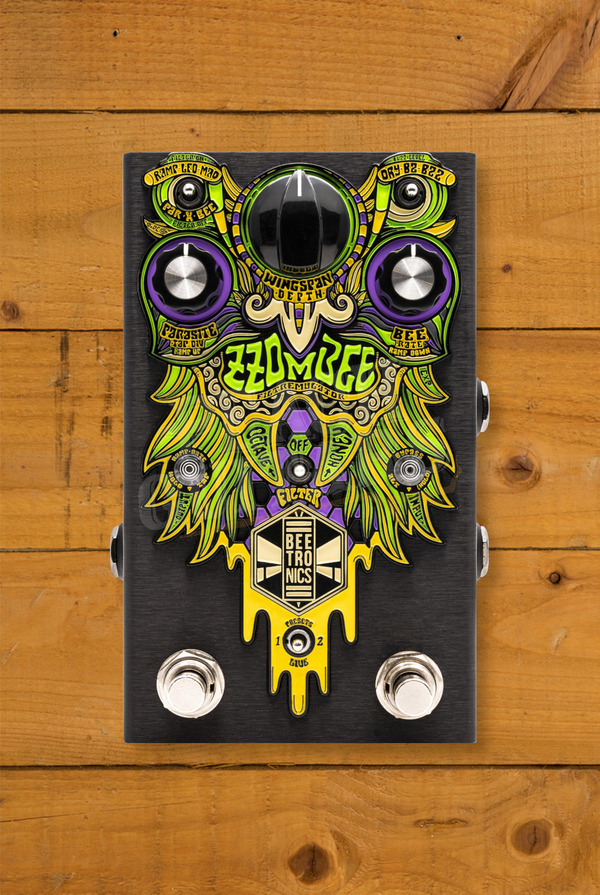 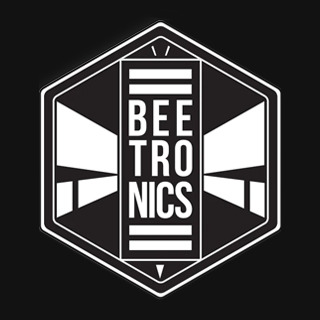 You are about to get stung by a Zzombee! Don't panic, you will bee ok.

The Zzombee Filtremulator is a one of a kind analog multi effect that delivers Filter, Wah, LFO, Randomized Filter, Tremolo, Swells, Overdrive, Fuzz, Low-Octave and the never beefore heard honey patented Cross Tremolo, a very unique kind of tremolo that pulses between the fundamental and a low octave.

Its unbeeliavable analog tones are enhanced by an innovative way of ramping and controlling modulation movements that uses a momentary footswitch in the most musical ways. These controls make the pedal an extension of your instrument, beecoming an essential tool to expand your creativity.

The sounds found in the Zzombee are very unique and would require a very complex rig to be recreated. That's because the instrument signal gets a 4 stage gain buzz selection and runs in parallel to a monophonic low octave beeast, in the most beetronical style. The filter can be applied to either of these with the other remaining untouched.

To top it off, this analog bee is digitally parasitized and includes tap-tempo function, CV control, external tap, expression out and can save presets.

We know you got stung and there's no way back from beecoming a ZZombee. Welcome to the hive!

RECEIVE BY:
ORDER WITHIN:
9 H
39 M
43 S
View In Showroom
Request an appointment with one of our team
UK Next day delivery
Fast shipping with trusted couriers, get it next day!
Free UK delivery over £99
What you see is what you will get!
WAYS TO PAY:

Peach are excited and proud to present this incredible new pedal from Beetronics.  It is a one-of-a-kind analog multi-effects pedal but with digital control - and it makes sounds that no other pedal does.