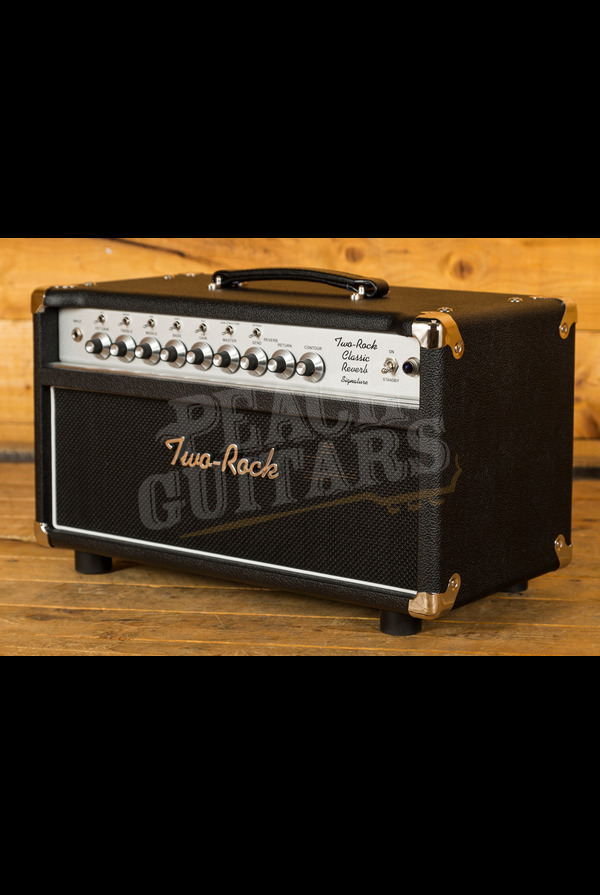 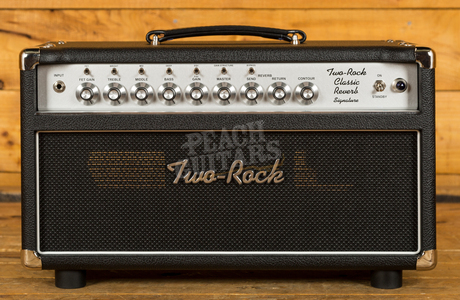 Two-Rock Amps are seen as the holy-grail when it comes to clean amps with huge headroom, they sound truly amazing and we all love them. The new Two-Rock Classic Reverb Signature 40/20 Watt Head is a great addition to their product range.

WAS: £4,399.00
RECEIVE BY:
ORDER WITHIN:
7 H
10 M
21 S
View In Showroom
Request an appointment with one of our team
UK Next day delivery
Fast shipping with trusted couriers, get it next day!
Free UK delivery over £99
What you see is what you will get!
WAYS TO PAY:

The Two-Rock Classic Reverb Signature 40/20 watt head is a single channel monster and one of Two-Rocks most popular models. With extensive tone shaping offered via the treble, middle, bass, bright, mid, deep and EQ controls you can really hone this amp into your own sound. There's a Contour control facility that responds uniquely to humbuckers and single coils pickups while also adjusting to the rooms acoustics.

This latest version features a new 3 stage gain structure switch, this changes the overall sensitivity and feel of the preamp. When turned down it kicks out a sweet vintage Blackface vibe, the middle offers a feel similar to the Matt Schofield signature front end but running slightly hotter, finally, the full up position is traditional Two-Rock frontend. This version also features the Two-Rock proprietary output transformer that allows the wattage to be dropped from 40 to 20 without impacting on tone or impedance. It allows for fatter, richer harmonics and a full fat punch that tone hounds are going to love! Loaded with 4 6V6 power tube provide that lovely American clean tone and pushed tube break up we all know and love.