Skip to content Suhr PT-100 Pete Thorn Signature Head - Peach Guitars
We are open for pre-booked appointments only. To learn more about our appointment system, click the button to the right
Opening Hours
ACCOUNT
ADVICE & ENQUIRIES:
01206 765 777
CLOSE
HAVE A QUESTION?
CLOSE
SHARE WITH A FRIEND 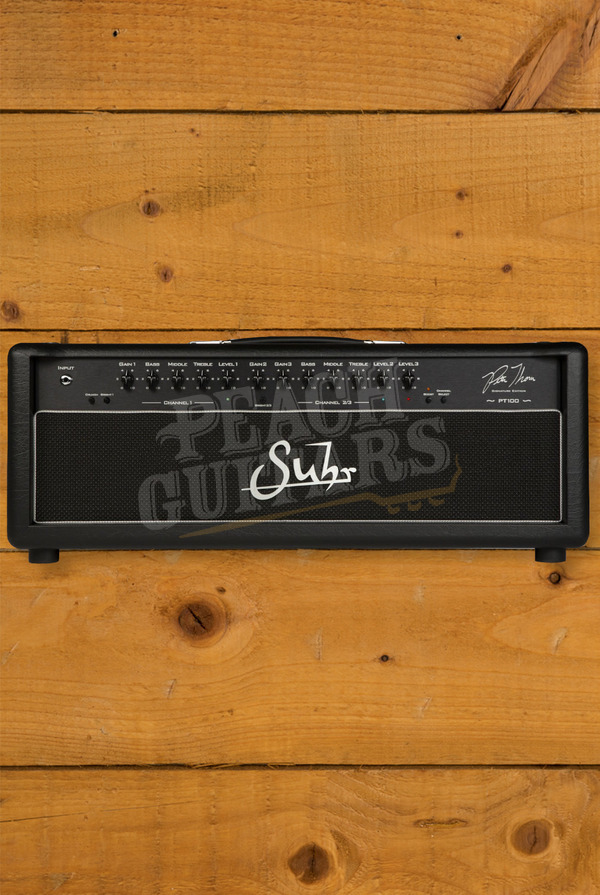 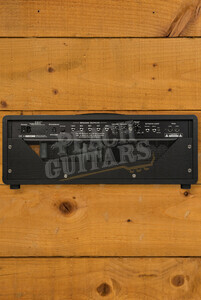 A real "Swiss-Army Knife" of an amp. Everything from Crystal clean cleans to Hot rodded Plexi and beyond. The PT-100 has enough flexibility and tone on tap to satisfy any guitar player!

RECEIVE BY:
ORDER WITHIN:
4 H
37 M
49 S
View In Showroom
Request an appointment with one of our team
UK Next day delivery
Fast shipping with trusted couriers, get it next day!
Free UK delivery over £99
What you see is what you will get!
WAYS TO PAY:

If you are a fan of Suhr, you are going to know who Pete Thorn is. Not only is he an accomplished session player, taking to the stage with industry legends Don Henley, Chris Cornell and Melissa Etheridge but he is a featured Suhr artist and YouTube gear demo expert!

Having been a Suhr artist for 10 years and lending his name to the ever popular Thornbucker pickups, Suhr created the mega Pete Thorn signature amp, the PT-100.

This 100 watt powerhouse is designed to be everything the modern touring player would need, unmatched versatility, monster tones and slick design. With 3 channels, it operates with a custom Plexi style transformer, four EL-34 power tubes and six 12AX7 preamp tubes.

Channel 1, the green channel is an American voiced clean with a mega bottom end punch. A great platform for pedals it also has a crunch mode for a sweet overdrive.

Channel 2, the blue channel, is a tasty little British number but loaded with a touch more gain. Similar in design to the Suhr SL68, it has gain available in the preamp section, this channel is well and truly the all-rounder.

Channel 3, the red channel, is the ultimate high gain adventure. Based around the classic circuits from Custom Audio Amps, its thick, deep and has rich harmonic overtones and great sustain.

The included footswitch for the PT100 is connected and powered via the MIDI IN/FS jack on the back of the amp. In addition to switching the amps channels, the footswitch gives you remote access to toggle the amps mosfet boost circuit. Each channel can be programmed to have the boost on or off by default.

Its a real tone machine, exactly the kind of mega amp a guy like Pete Thorn demands. Yet again Suhr have delivered a modern gem!