Skip to content Keeley Bubble Tron | Dynamic Flanger Phaser - Peach Guitars
We are open for pre-booked appointments only. To learn more about our appointment system, click the button to the right
Opening Hours
ACCOUNT
ADVICE & ENQUIRIES:
01206 765 777
CLOSE
HAVE A QUESTION?
CLOSE
SHARE WITH A FRIEND

CLOSE
PERSONALISE YOUR ITEM for an additional
CLOSE
BULK ORDER QUOTE
Stock Email
Request A One-On-One Appointment
Let us know what you would like to see, and our team will prepare everything for your one-on-one appointment at our showroom.
Plek This Guitar
Please read the terms & conditions below before confirming that you wish for us to including a Plek setup on this guitar.
Choosing to have your purchased guitar Plekd will delay the shipping. One of the team will be in contact with a rough ETA but we will endeavour to have your new guitar with you as quickly as possible.
If you choose to return the guitar after its had a Plek setup you will still be liable for the cost of the plek setup except for in cases where weve offered it as part of a promotion or offer.
View full terms & conditions
I have read and accept the terms & Conditions
Home / Effects / Modulation
Peach Guitars
VIEW BRAND COMPARE
SHARE 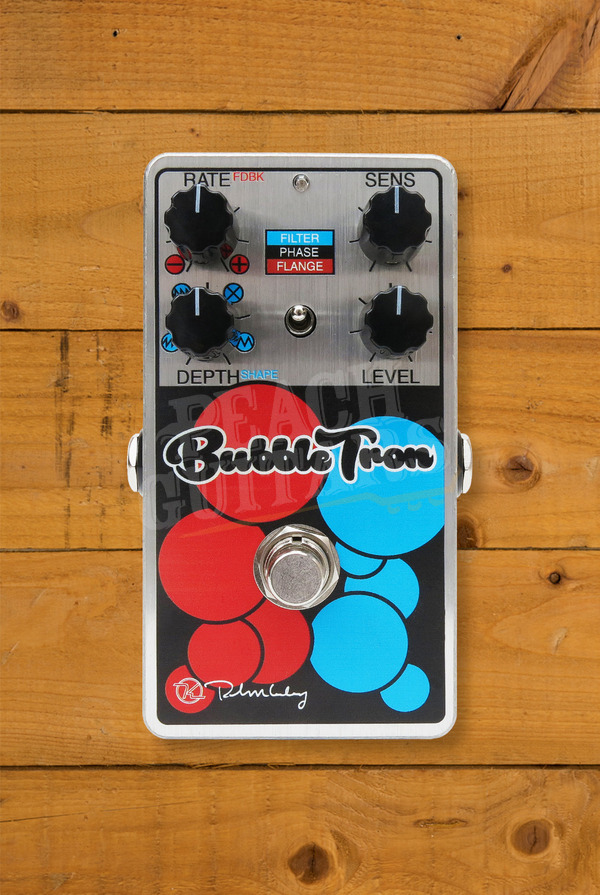 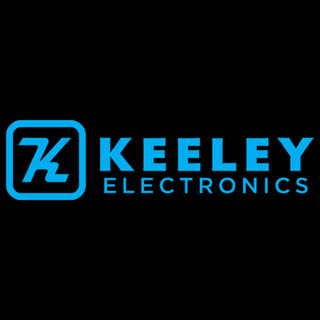 The Bubble Tron Dynamic Flanger Phaser is a creative tool for guitarists to be expressive. Now you can DynaFlange and DynaMoPhase. With Random Synth Filter.

RECEIVE BY:
ORDER WITHIN:
3 H
20 M
8 S
View In Showroom
Request an appointment with one of our team
UK Next day delivery
Fast shipping with trusted couriers, get it next day!
Free UK delivery over £99
What you see is what you will get!
WAYS TO PAY:

Robert Keeley and his crew are fans of Zappa.  Rabid Fans.  This pedal explores some of the famous, but very hard to find sounds of the past.  Keeley Engineering has created another batch of Neo-Vintage effects that never were.  This time Keeley has made the Flanger and Phaser in dynamic with your pick attack and strength.  Then add the Random Stepped Filter with the new M-Style Synth bandpass shaping feature, and you have a lead guitarist's dream tool.  Shut up and play your effect pedal!  Yeah, you play this thing like an extension of your mind and fingers.

The Flanger section of the pedal draws on inspiration from the MicMix DynaFlanger.  This incredible piece of gear was used by FZ to create many of the sounds in the late 70s to mid 80s  where a dynamic flanger was used to get envelope based flanging in his solos.  A dynamic flanger is one that starts and stops based on your pick attack or envelope.  The word envelope is used because if you were to measure the 'weight' of your guitar signal and put it in a storage container (the envelope is an imaginary capacitor) it can then be used to control another part of the circuit.  The Bubble Tron uses your playing to start and stop the flanger.  Most flangers just cycle around and around and you can hear that swooshing in the background.  Not in this case, it only cycles as you play.  Many flangers offer only positive or negative feedback.  This one allows you to try either. The negative feedback sounds more vocal like and hollow whilst the positive feedback is more conventional and has a thicker, smoother sound.

The DynaMoPhase section of the Bubble Tron is actually two phasers.  One has an LFO that you set the speed of with the Rate Control (while its depth is dynamically controlled) and the other is a true Dynamic Phaser.  It starts and stops based on your pick attack.  Again, you can set the Depth and and Sensitivity of this phaser to give you a very watery sound that is all based on your guitar's signal.  You can turn off the standard phaser and just run it DynaPhase by turning the Rate Control off.

The only effect that isn't dynamic is the Filter section of the Bubble Tron Dynamic Flanger Phaser.  With the Filter you can control the different ramps or random nature of the pedal.  The very exciting part of this pedal is the Sensitivity Control which is actual like a vintage synth style bandpass filter control.  It shapes the bandpass filter on the filter and gives you some incredible keyboard like sounds.

One very nice side effect of dynamic based effects is that they don't produce the constant, swooshing sound of LFO based effects.

If you're a lead guitar player that likes to explore and has never had the kind of expression or dynamics from your sound effects that you have in your mind, this is for you.  If you are a sound-experimentalist, this is for you! The sounds are nearly endless in that your input shapes what the effect will do.

The Bubble Tron Dynamic Flanger Phaser is made in Edmond, Oklahoma by rabid Zappa fans.  It was Designed and Engineered by Aaron Tackett, Craighton Hale and Robert Keeley.