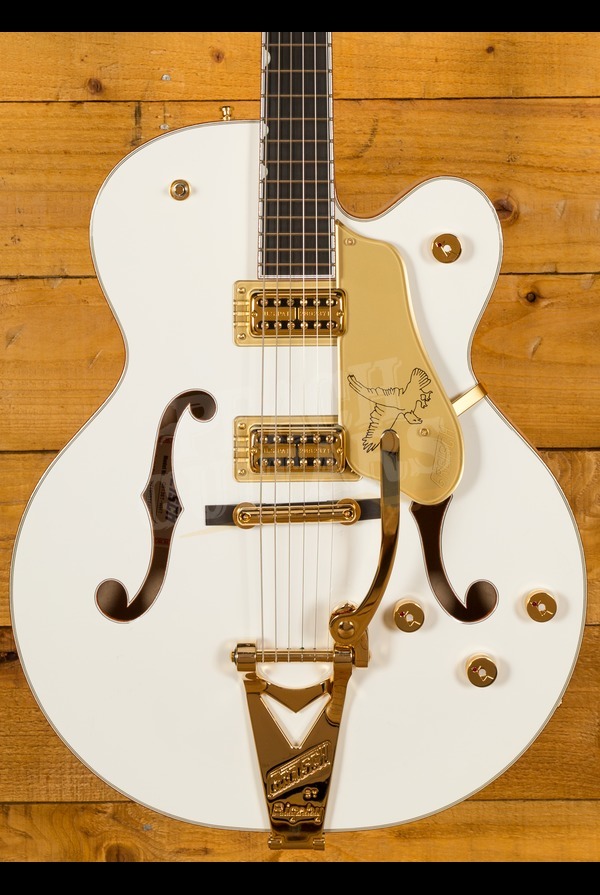 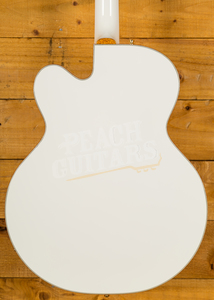 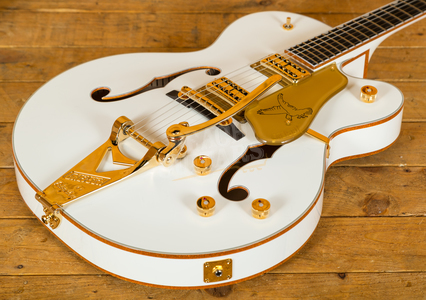 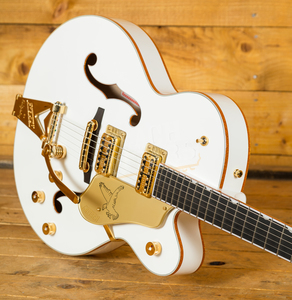 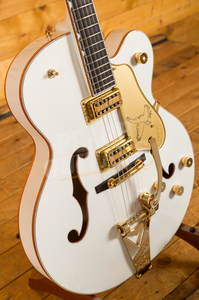 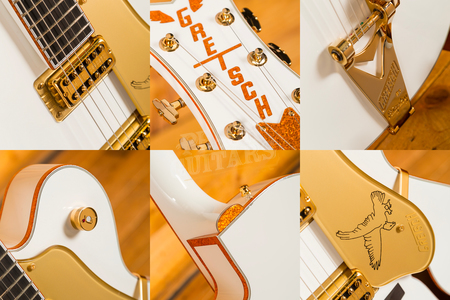 WAS: £2,999.00
UK Next day delivery
Fast shipping with trusted couriers, get it next day!
Free UK delivery over £99
What you see is what you will get!
WAYS TO PAY:

These really are great guitars. The new "Players Edition" from Gretsch are ideal for the modern guitar player that may have never before considered a Gretsch due to the limitations of playing a guitar like this through a Modern loud higher gain rig.

Designed to play like a modern guitar but to have the Classic Gretsch tone with increased versatility.

A slightly thinner body means that the guitar is less susceptible to feedback. Traditional White Falcons models are 2.75" deep and this player series guitar is 2.25" - it also means the guitar is slightly more managable when used with a strap in a live situation.

It has a pinned rocking bar bridge with Bigsby B6, these in conjunction with the Gretsch locking tuners ensures excellent tuning stability.

The guitars wiring has been modernised, so now you have a treble bleed on the master volume control, which is an absolute must with these guitars, as traditional versions can get quite muddy when you roll back the level. It has also has a "no load" tone put, which means that when it's on "10" it's completely out of the circuit and the output is going straight to the output jack after it goes through the volume pot.

The guitars plays beautifully thanks to the perfectly profiled Medium Jumbo frets.