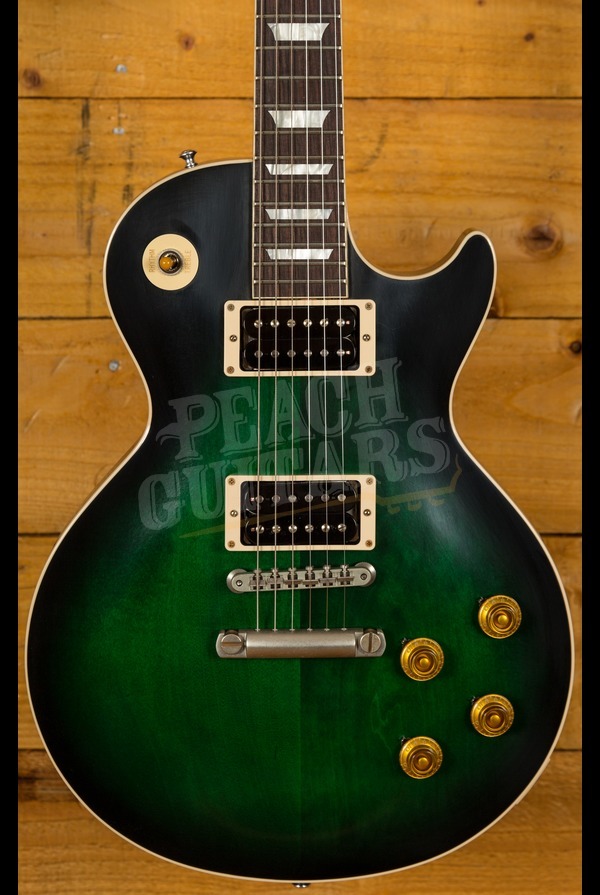 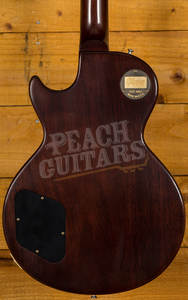 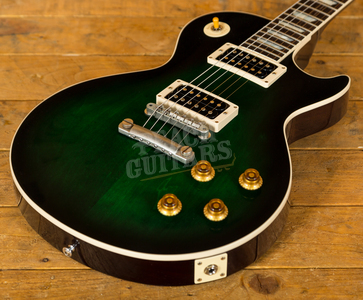 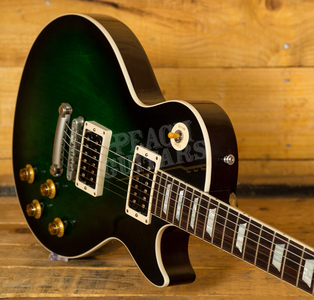 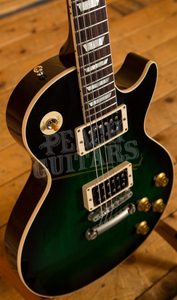 On the list of iconic Gibson Les Paul players, there are not many that will rank higher than Slash. With his leather trousers, top hat and a low slung Les Paul, Slash inspired a whole generation of guitar players. Such was his impact that it came as no surprise when Gibson announced him as their first ever Global Ambassador, their first project? The Slash Anaconda Burst Les Paul.

Slash has been touring the prototypes of these monsters throughout the last year and now they are ready for public release, looking and sounding better than ever! Inspired by classic historic '50s LP construction, the Anaconda Burst features a custom Slash neck profile, Slash signature humbuckers and Sprague Orange Drop capacitors.

With a lightweight Solid Mahogany body it rocks the traditional Plain Maple top for that all time ultimate tonewood combination. The Anaconda Burst nitrocellulose finish is bold, vivid and the perfect look for a player as standout as Slash.

The solid Mahogany neck has been set using genuine hide glue, tonally superior when compared with modern synthetic glues, this traditional technique is a nice classic touch. The Slash Custom Taper profile measures .910" at the 1st fret and 1.05" at the 12th, comfortable and smooth, it offers a great platform for sweeping solos and roaring riffs. With a Rosewood fingerboard and nitro finish, you'll be ripping your way up and down this neck in style.

Loaded with Seymour Duncan Slash APH-1 and APH-2 humbuckers you get that vintage Slash tone, from early Guns 'N Roses through to his latest work with Myles Kennedy and the Conspirators, these tone machines capture that true Slash vibe. Dynamic and super responsive they pair perfectly with this Les Paul.

Limited to only 250 worldwide, these guitars will undoubtedly move quickly, so grab your top hat, flick that Marshall on and get ready to rock.