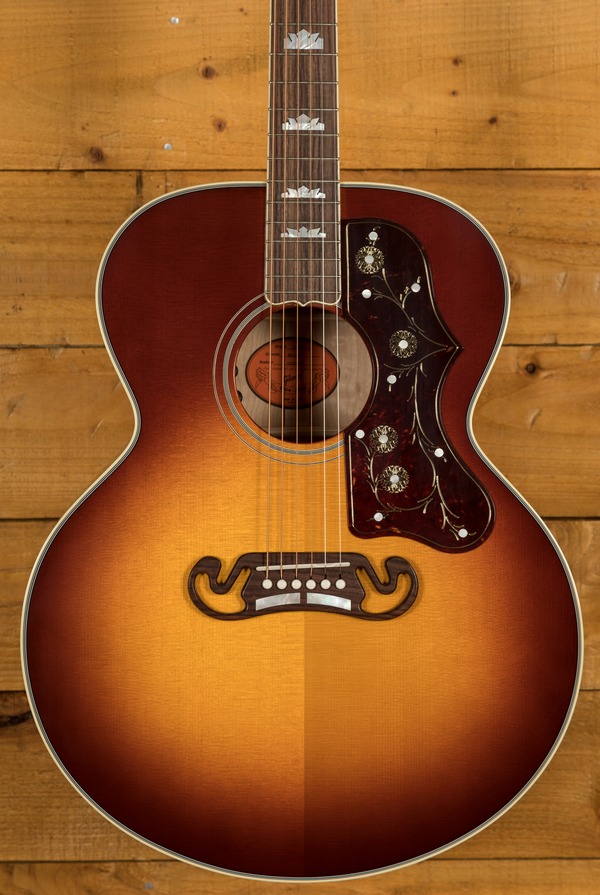 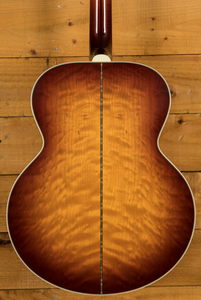 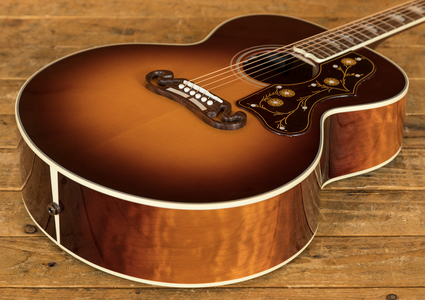 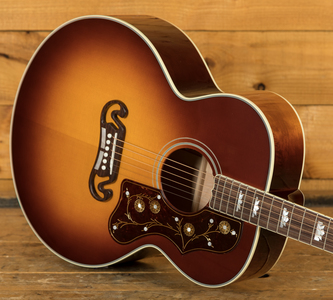 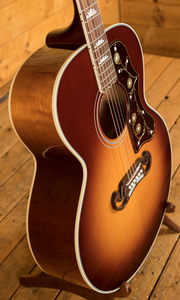 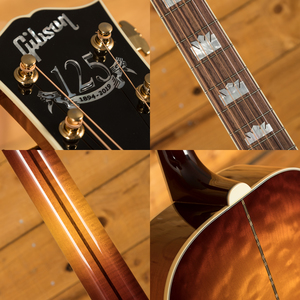 King of the Flat-Tops, the Gibson J-200 is a household name for guitar players all over the world. Since its debut back in 1937, the J-200 has become a firm favourite with players as varied as Elvis, Pete Townshend and Bob Dylan. With its distinctive appearance and beautifully balanced tone, it's a guitar that has certainly passed the test of time.

To celebrate the 125th Anniversary of Gibson acoustics, Gibson have released 125 highly collectable Limited Edition models, each one ships with a commemorative hard case, COA and special embossed leather strap.

Today, as popular as ever, the J-200 features a Lutz Spruce top on a Quilted Maple back and sides. With a deep, resonant and real powerful sound it's immediately recognisable and serves well both fingerpicking and strumming big chords.

With a beautiful Rosewood fingerboard with rolled edges, the J200 features graduated Crown inlays. It's comfortable, poised and ready to play. With such a stunning natural sound you need a pickup system that is going to do it justice, and with an LR Baggs VTC package it certainly does just that. The LR Baggs range is very highly regarded and offers comprehensive and sophisticated acoustic sound capture.

As iconic as ever it's a real players guitar.