Skip to content EVH 5150 Iconic Series 40W 1x12" Combo Black - Peach Guitars
We are open for pre-booked appointments only. To learn more about our appointment system, click the button to the right
Opening Hours
ACCOUNT
ADVICE & ENQUIRIES:
01206 765 777
CLOSE
HAVE A QUESTION?
CLOSE
SHARE WITH A FRIEND 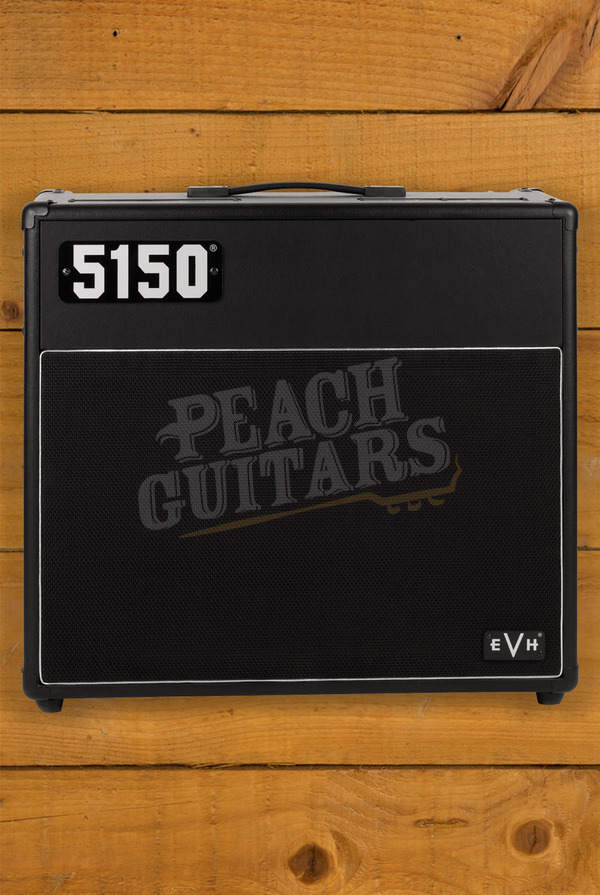 Eddie Van Halen was one of the most influential guitar players of all time, the original King of shred; his tapping technique has spawned a thousand impersonators.

RECEIVE BY:
ORDER WITHIN:
3 H
22 M
50 S
View In Showroom
Request an appointment with one of our team
UK Next day delivery
Fast shipping with trusted couriers, get it next day!
Free UK delivery over £99
What you see is what you will get!
WAYS TO PAY:

Eddie Van Halen was one of the most influential guitar players of all time, the original King of shred; his tapping technique has spawned a thousand impersonators. Known for his love of tinkering and modding his own gear, EVH deliver amps built for precision, tone and incredible power.

The EVH 5150 Iconic Series satisfies the need of gigging and recording guitarists craving that great EVH valve tone but at a more affordable and player friendly price point. Seen as the next evolution of the 5150, the iconic series delivers the searing sound that made Eddie famous throughout his groundbreaking career. Designed by renowned amp engineer James Brown this amp will blow you away.

Powered by two JJ 6L6 power tubes and voiced with two JJ ECC83s Preamp tubes which provide all the firepower craved by the modern guitarist. Armed with a custom designed EVH 12" Celestion speaker voiced specifically with this amp in mind.

This combo features two channels with an extra voicing on each for increased versatility. The Green channel features an overdrive button to go from a lush clean to increased gain at the push of button. The Red channel burn button adds fiery crunch that's ideal for blistering lead lines. Each channel houses its own gain and volume controls, allowing for level-matching the volume when switching between channels.

A super cool inclusion is the channel two noise gate which suppresses any hiss while ensuring all staccato riffing is articulate and clear. The boost control allows the addition of another 10Db of foot-switchable volume to your tone. The panel also features a shared 3-band EQ system, global resonance and presence knobs along side a global reverb control.