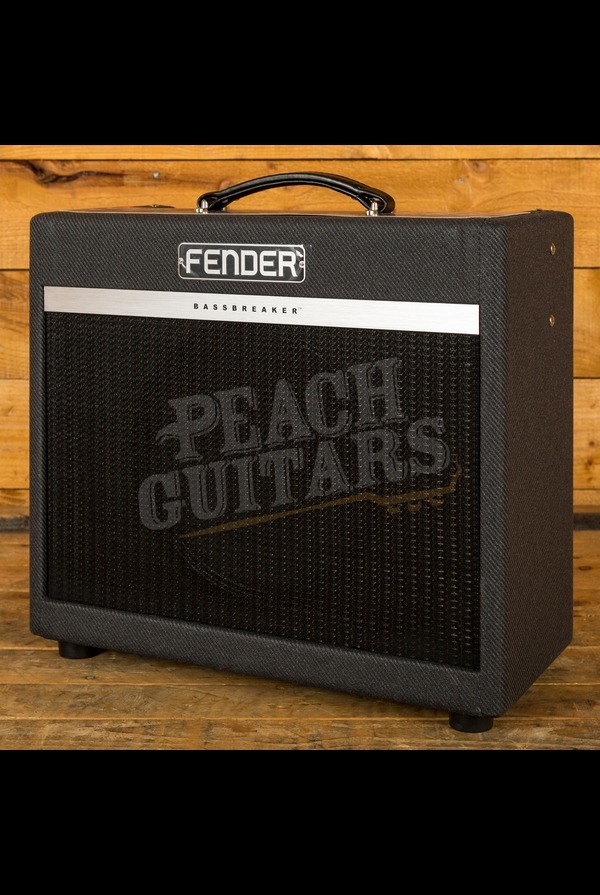 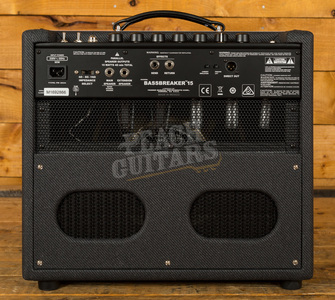 WAS: £575.00
RECEIVE BY:
ORDER WITHIN:
2 H
4 M
39 S
View In Showroom
Request an appointment with one of our team
UK Next day delivery
Fast shipping with trusted couriers, get it next day!
Free UK delivery over £99
What you see is what you will get!
WAYS TO PAY:

This amp from is from Fender, but not as we know them. Part of the Bassbreaker range, which was created to make a range of amps starting from the very popular Bassman range, and then taken forward in a parellel dimension sort of an idea, of what if Fender went down the modern rock road.

This is the 15 Watt combo model from the range, and it's equally at home, in the home, in the studio, or in small to medium sized gigs too. This thing packs a tight and modern tone, but with a 3 way gain structure switch it can be made to easily dial up suprising warm bluesy tones as well as fairly face melting distortion. This model comes with built in reverb too, which is a feature not found on the 7 watt version.

Powered from two EL84 tubes, and loaded with a 12" Celestion V-type speaker, also sporting a amp mute standby mode (useful for recording), as well as a proper XLR output too.

The range looks the business too, with the destinctive dark grey tweed, big ol' stylised pointer knobs and a new Fender block logo too, this amp is great sounding, touch sensitive, well built, and well priced too.