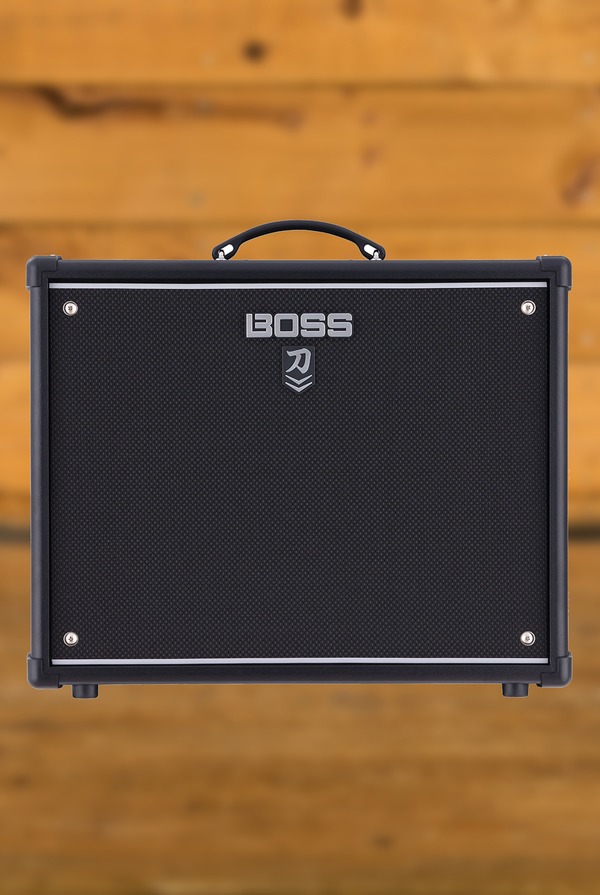 Backed by BOSS's Tube Logic approach, Katana MkII delivers the authentic output distortion characteristics of genuine tube amplifiers, with the sound and feel becoming richer and more responsive as you turn up the volume. But unlike that classic tube amp, Katana MkII's variable Power Control makes it easy to fly in the sweet spot without getting fired from the gig or kicked out of the house. Just throttle back the overall volume as needed to enjoy inspiring, cranked-amp sound anywhere you play, from bedroom to stage.

BOSS Tone Studio has also evolved alongside the Katana MkII amplifiers. The interface has been updated with a refreshed look, and a number of parameters have been consolidated into the main screen for faster workflow. There's also a dedicated Pedal FX category, making it easier to assign wah and pedal bend effects to a connected expression pedal. And if you're a first-gen Katana owner, its possible to import your custom patches and use them all with Katana MkII.