CLOSE
PERSONALISE YOUR ITEM for an additional
CLOSE
BULK ORDER QUOTE
Stock Email
Request A One-On-One Appointment
Let us know what you would like to see, and our team will prepare everything for your one-on-one appointment at our showroom.
Home / Guitars / Electric Guitars
Electric Guitars
COMPARE
SHARE 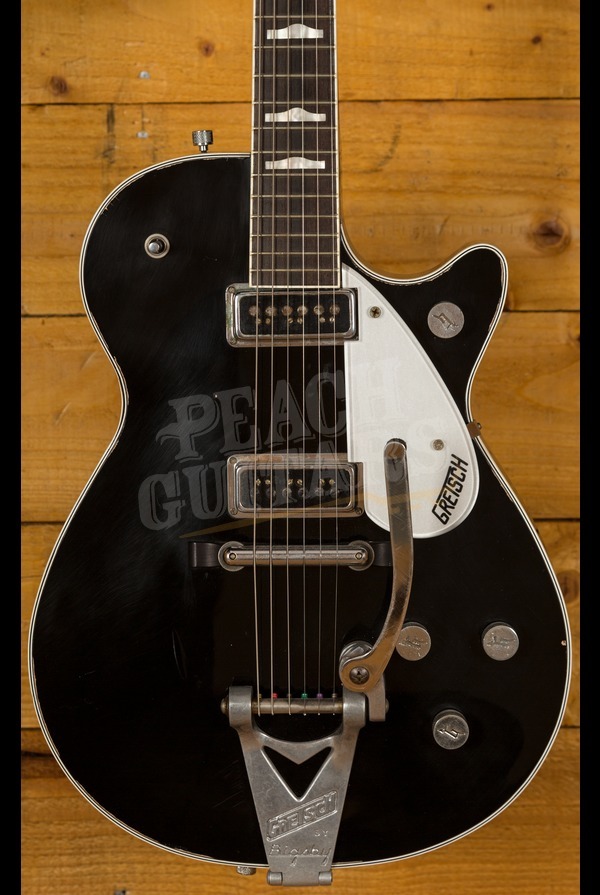 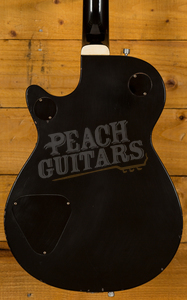 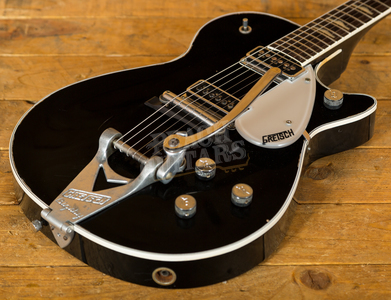 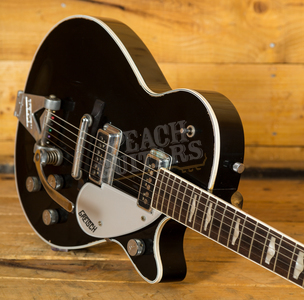 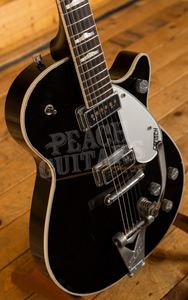 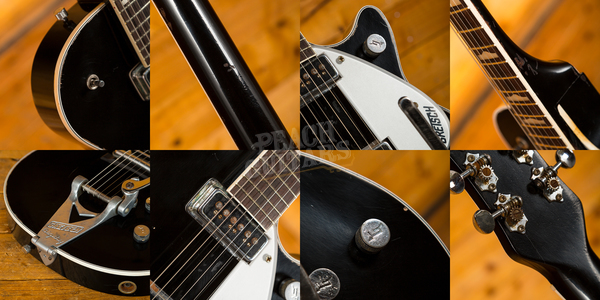 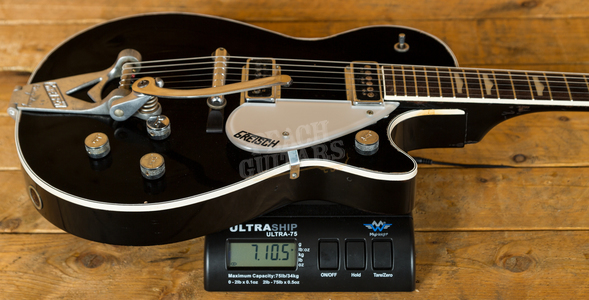 WAS: £9,995.00
UK Next day delivery
Fast shipping with trusted couriers, get it next day!
Free UK delivery over £99
What you see is what you will get!
WAYS TO PAY:

Here we have a very special guitar indeed, a Gretsch George Harrison tribute model, built as part of a run of 60 units (of which the Gretsch family kept 3) and this one is number 57 of the run.

The project was completed under the watchful eye of Gretsch Masterbuider, Steven Stern, hence every single detail on this guitar has been reproduced to show every single scrape, scratch and ding of the original guitar.

This guitar is being sold on behalf of one of our customers, so no part exchanges I'm afraid. We'd describe this guitar as 'pre-owned' rather than used, since it's never actually been played, was bought as a collection piece, and is the same condition from the day it was purchased.

The shipping box is included plus the original package with all the accessories is still unopened. There is also a protective material outer guitar case cover included, meaning even the hardcase is in perfect condition.

In 2011 when Gretsch wanted to honour Harrison in 2011 with a signature model, it just had to be his duo jet.

Here's a short excerpt from the Gresch site:

The G6128T-GH George Harrison "Tribute" Duo Jet-of which only 60 will be made-mirrors every scratch, ding, worn finish patch and rust spot of Harrison's guitar. Crafted by master luthier Stephen Stern and his crew at the Gretsch Custom Shop, it also faithfully replicates the modifications that were made to the original guitar in the late 1950s by its original owner (who had a Bigsby® tremolo unit installed), and those made by Harrison himself. True to form, the tremolo arm of the new replica's Bigsby® B6C tailpiece has a black Phillips head pivot bolt, and the strap button on the lower bout is offset to accommodate the Bigsby®.

More details on this timeless guitar can be found here: http://www.gretschguitars.com/features/georgeharrison/

Some more information can be found on Georges own website here: http://www.georgeharrison.com/gretsch-custom-shop-introduces-george-harrison-tribute-duo-jet-guitar/

As this is a used item the UK's 20% VAT CANNOT be deducted for customers outside the EU or VAT registered companies on this item.