Skip to content Gibson Elvis SJ-200 - Peach Guitars
We are open for pre-booked appointments only. To learn more about our appointment system, click the button to the right
Opening Hours
ACCOUNT
ADVICE & ENQUIRIES:
01206 765 777
CLOSE
HAVE A QUESTION?
CLOSE
SHARE WITH A FRIEND 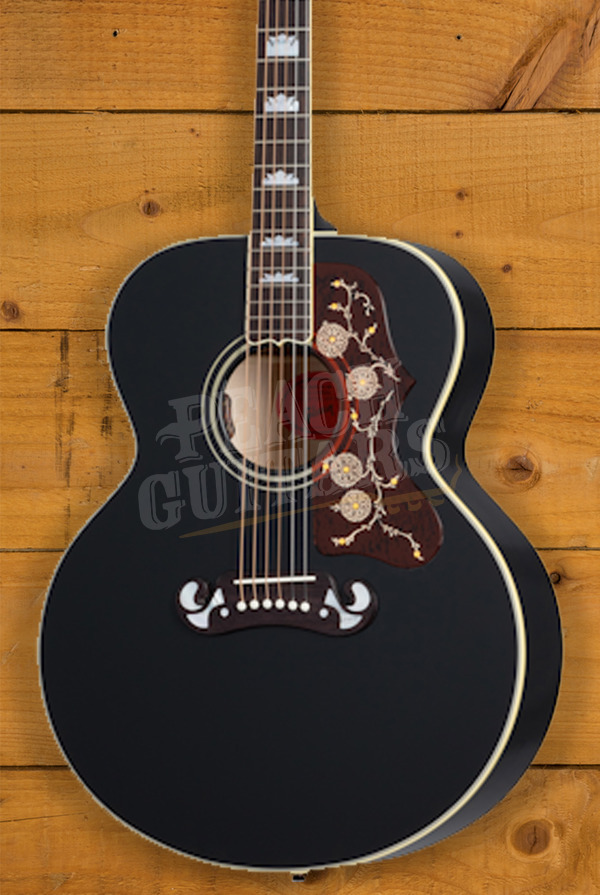 NEW RELEASE - ONLY ONE AVAILABLE

Its pretty safe to say that Elvis Presley was the original, undisputed king of Rock & Roll! Thanks to his incredible stage presence and instantly recognizable voice he quickly established himself as one of the most significant cultural icons of the 20th century. To honour this great man our friends at Gibson are proud to present the Gibson Elvis collection of instruments.

RECEIVE BY:
ORDER WITHIN:
2 H
33 M
37 S
View In Showroom
Request an appointment with one of our team
UK Next day delivery
Fast shipping with trusted couriers, get it next day!
Free UK delivery over £99
What you see is what you will get!
WAYS TO PAY:

Its pretty safe to say that Elvis Presley was the original, undisputed king of Rock & Roll! Thanks to his incredible stage presence and instantly recognizable voice he quickly established himself as one of the most significant cultural icons of the 20th century. To honour this great man our friends at Gibson are proud to present the Gibson Elvis collection of instruments.

King of the Flat-Tops, the Gibson SJ-200 is a household name for guitar players all over the world. Since its debut back in 1937, the SJ-200 has become a firm favourite with players as varied as Pete Townshend and Bob Dylan. With its distinctive appearance and beautifully balanced tone, it's a guitar that has certainly passed the test of time.. Famously adorned by Elvis during the hight of his career its one of most recognisable instruments in the Gibson catalogue.

The new Gibson Elvis SJ-200 is based on a guitar that was given to Elvis as a gift at a recording session at RCA Studio B in Nashville in the mid-1960s. He used the guitar for numerous live performances and ultimately ended up giving it to his aide and close friend Marty Lacker in 1976. It features a Stika Spruce top on Maple back and sides for a tonal match made in heaven. It is bright, punchy and perfect for Rock & Roll! Finished in Ebony it looks super slick, perfect for life on the road.

With a 2-Piece Maple neck and Round profile the Elvis SJ-200 is comfortable and fills the hand perfectly. The Indian Rosewood fingerboard is beautifully adorned with Mother of Pearl Graduated Crown inlays aswell as a 20 standard frets, 12 radius and a 1.725 nut width

With such a stunning natural sound you need a pickup system that is going to do it justice, and with an LR Baggs VTC package it certainly does just that. The LR Baggs range is very highly regarded and offers comprehensive and sophisticated acoustic sound capture.

Housed in a Gibson Hardshell this Gibson SJ-200 sure does demand your attention!