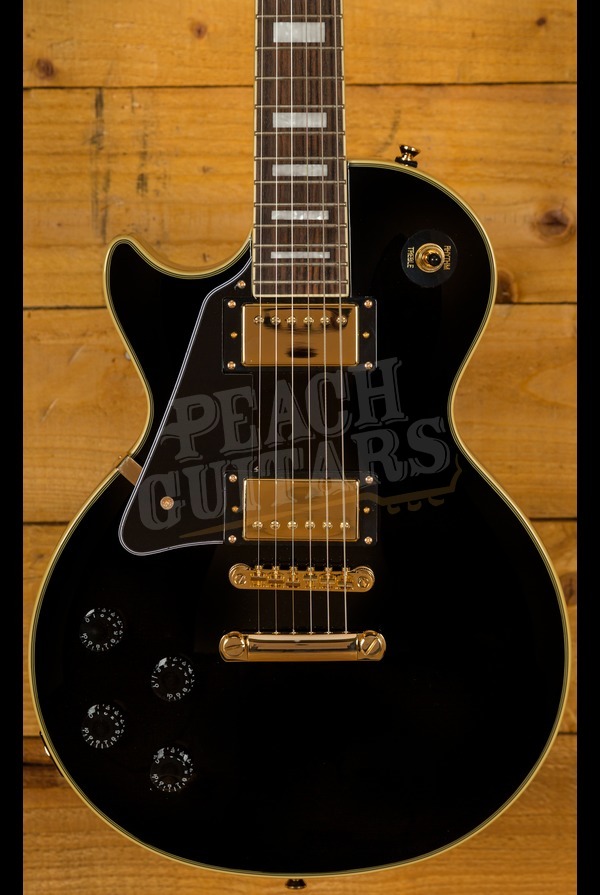 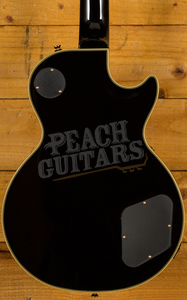 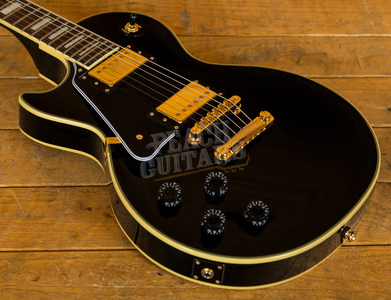 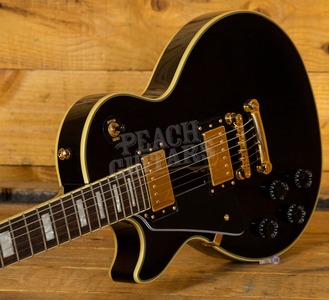 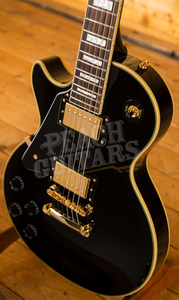 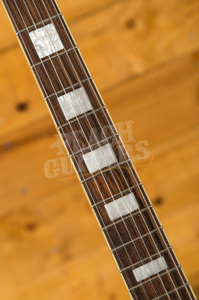 An iconic guitar with an iconic story, the Gibson Les Paul is the legacy of legendary guitarist and guitar innovator Les Paul. What started as a personal mission back in the late '40s has developed in to arguably the most revered electric guitar model of all time.

The Epiphone Les Paul Custom Pro is a really great way to experience what makes the Les Paul so special. With a solid Mahogany body just like the original Gibson's, the Custom Pro is finished in stunning Ebony with Gold hardware. Designed by Les Paul with the aim of looking great to play while wearing a tuxedo, the Custom Pro was often used by Paul himself on TV performances. I think it's fair to say it's a real eye catcher.

The Mahogany neck boasts a 24.75" scale length, a 12" radius and the '60s Slim Taper D neck profile. A Rosewood fingerboard with Pearloid trapezoid inlays features 22 medium jumbo frets and feels perfectly balanced and poised, just as a Les Paul should.

The Les Paul Custom Pro is loaded with Pro-Bucker humbuckers for the tone that only a Les Paul can produce. With Alnico II magnets they are inspired by the original PAF pickups that have become so iconic. The bridge Pro-Bucker is slightly overwound to offer a real edge for lead work and the Custom Pro now features a coil-tap facility which is controlled via a push/pull volume control. This provides a varied and versatile tonal range and is a really cool feature.

A real powerhouse, the Epiphone Les Paul Custom Pro is a great value Les Paul that opens up the sound, playability and style of the Les Paul to everybody.