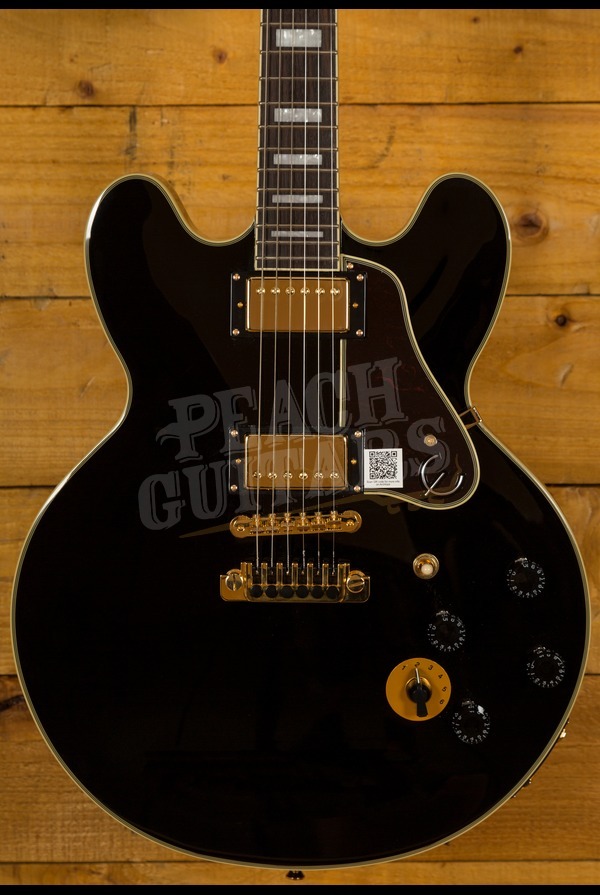 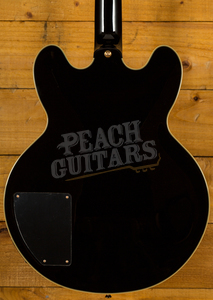 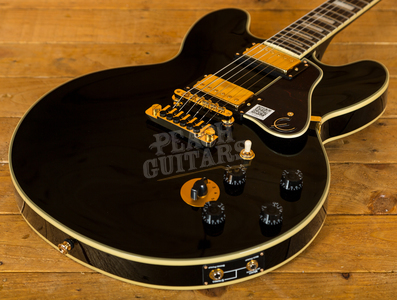 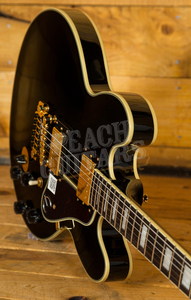 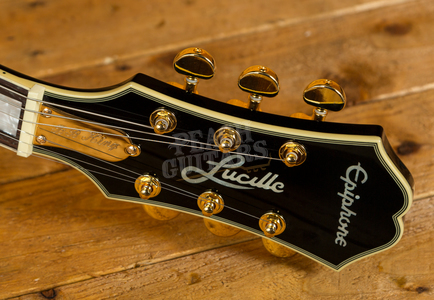 When it comes to signature guitars, there are few that hold such an important place in history as Lucille, the long standing partner in crime for the legendary B.B King. Back in '49, King was playing a dance hall in Arkansas when a fist fight resulted in a kerosene burner being knocked over, flames engulfed the hall and everybody was evacuated. Realising he had left his beloved Gibson inside, King braved the flames to rescue his guitar. Later, after discovering the fight had been over a woman named Lucille, he vowed to name all his guitars after her. The perfect reminder to never to do something as stupid as fight over a woman or run into a burning building!

Inspired by the original Lucille, Epiphone have crafted a superb blues guitar that really captures the essence of Kings famous sound. With a Maple top and body, Lucille is constructed without F holes, King found that to get his preferred sound he would often be on the verge of feeding back and asked Gibson to build him a model without F holes. With a hand set 24.74" scale, hard maple neck with a SlimTaper C profile, it's perfect for heavy chord work and slick blues solos.

Loaded with a pair of Epiphone Alnico Classic Humbuckers, Lucille has a huge range of tonal options and with a 6-way rotary in addition to a 3 way toggle switch you get 18 unique tones. The Alnico Classics are super responsive and deliver stunning note definition, while the TP-6 fine tuning bridge allows for perfect intonation during all those delicious King style bends.

The Epiphone B.B King Lucille is a fitting tribute to the original King of blues.